And as I watch the drops of rain
Weave their weary paths and die
I know that I am like the rain
There but for the grace of you go I
Posted by soubriquet at 8:34 am 6 comments:

Extreme Car Testing no:2... Beach Assault With the Royal Marines.


Mr Clarkson's methods for testing a compact family car are rarely ever mundane...
(from BBC's "Top Gear").
Posted by soubriquet at 3:10 pm 12 comments:

So you think your Wii is a new idea? 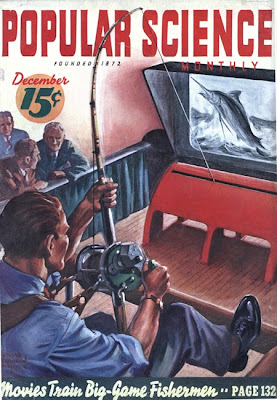 Posted by soubriquet at 4:52 pm No comments: 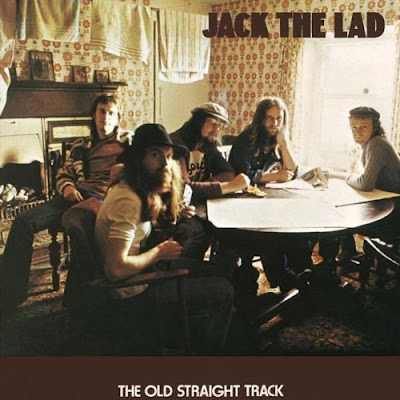 From "The Old Straight Track, by Jack the Lad.

Jack the Lad was a Northumbrian band formed by three ex-members of Lindisfarne (remember 'Meet Me on the Corner', or 'The Fog on the Tyne'?). They had three albums.

Max at Britishspeak posted a picture of Fingal's Cave on Staffa Isle, which reminded me of this track... and of Mendelssohn, of course. 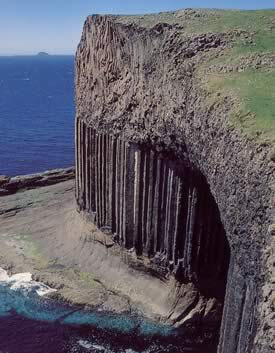 Fingal's Cave, Staffa.
Hey! I wonder, could any of the visitors from Japan  explain why I 'm getting a lot of Jajanese visitors to this post? ありがとうございます。

The rock formation is (mostly) columnar basalt, of volcanic origin, cooling it forms these characteristically hexagonal pillars. Columnar basalt can be found in several other locations in the region, most notable across the sea from this island, in the Giant's Causeway of Northern Ireland, also in Skye, Scotland, in Iceland, and in Turkey, , if you're in the U.S. look up the Devil's Postpile, and the Columbia river basin...


Isaac Button was a country potter in my part of England, near Halifax, -Soil Hill Pottery, which had been working since the early 1700s belonged to him. Robert Fournier (I think it's Robert in the film carrying the board of pots away) and John Anderson made this film in 1963-64. The full film is about forty minutes long. I don't know if it is still available.

In the Independent, November 18th, 1995, John Windsor wrote:
"Isaac Button was a true English country potter. In a day, he could turn a ton of clay into pots. I timed him as he threw a lump of clay on to the wheel, pulled it high, then cut it off with wire: 22 seconds. In an hour, he could turn out 120 pots. In a day, 1,200.
Button's kiln, at Soil Hill, near Halifax, now lies cold and desolate. He died in 1969. But the 41-minute video that records his dexterity had me on the edge of my seat. In his day, speed was essential. Even before the packaging revolution, household pots and jugs made from clay were treated as disposables. They cost only a few pence. Craftsmen potters had to be quick to earn a living from poorly-paid villagers.
Unlike other mass-produced art, hand-thrown pots seem to look better the faster they are turned out. The potter's skill improves with practice - yet there is no time for pretentiousness. Hence the charm of English country pottery made for cooking, baking, brewing, storing, growing seedlings or feeding chickens.
The founders of British 20th century studio pottery - Bernard Leach, Michael Cardew and the Japanese Shoji Hamada - sought out the few remaining English country potters and copied their techniques. But their debt to them is often overlooked and English country pottery remains largely undiscovered. There are fewer than a dozen collectors, few textbooks and no national collection. By contrast, the Japanese prize our country pottery, as do American folk art enthusiasts.
On 29 November, the first private collection of English country pottery to come to auction is at Bonhams - 85 lots discovered over 20 years by the artist-designers Peter Highley and Ruth Scott-Walton in markets and shops, in particular where the last country potteries clung on: Cornwall, north Devon, Dorset and Yorkshire.
Mr Highley defined its appeal: "The old country potters did not think of themselves as artists. But there is a purity and an honesty in their work that is sometimes missing from more refined contemporary studio ceramics."
By 1900 England had only 100 country potteries and by the end of the depression a mere dozen. There has been a pottery at Soil Hill since the 17th century. Before the war it employed 13 men. After that, Button could find no more apprentices and worked it alone for 18 years.
Most of the pots in the sale are "slipware", slip being creamy white diluted clay. Red earthenware was either dipped in it or decorated with it. The country glaze was galena, toxic lead sulphide, now illegal, that gave potters "bellyache" if they pulverised it when dry.
There are some Victorian remnants from Soil Hill in the sale: three bulbous jugs with cream slip interiors are estimated pounds 80-pounds 140 the lot. At the turn of the century, few earthenware cooking utensils cost more than 7d - pounds 1.60 today. In 1964, Button's 28lb cider jars cost 28s - pounds 14 today.
Button's strength and endurance were Herculean. The ton of clay he could pot in a day he dug himself from the hillside. Each firing of his 500 cubic foot kiln had to be stoked with two and half tons of coal at six firemouths. That kept him up for 48 hours or more at a time, during which he would climb on to the hot kiln roof, even in gales, to pull out test firings.
Once he had emptied the kiln he would begin barrowing to the wheel blocks of clay that he had processed: first blunged (mixed with water), sieved, dried on a stone floor heated by the kiln and twice pugged (compressed); all the time he smoked his pipe.
Button did, somehow, find leisure time, maintaining that he never left a pub on the same day that he entered it.
Bernard Leach, the father of British studio pottery, sought him out, wanting to know how much grog (gritty bits) he added to the clay of his "bigware". The dry Yorkshireman told him: "I have enough trouble gettin' t' bloody stuff out wi'out puttin' it in."
Me Again: Some years ago I wandered over the land at soil hill, picking up broken shards. The buildings are dilapidated, on a bleak hillside. In the pub opposite I found two old men who had known Isaac, and talked about him, the way he would stride down the hill at the end of the day, ready for a long session of ale. 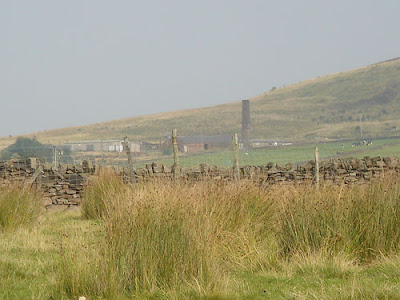 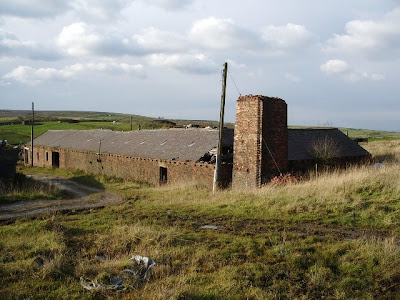 Apparently, despite what John Windsor said, he lived there with his brother, and they worked together, but following some argument, years ago they would not speak to each other. They'd talk volubly with others, but if asked anything that referred to the other, they'd say "Tha'll 'ave ter ask 'im, Ah dooant knaw".
The brother died first, Isaac kept on until 1965, when ill health forced him to retire, he died in 1969, last of an era.
In pubs and cottages around, you'll see his pots, often regarded as just old things of no real value, though the antiques market has in fact seen a sharp rise in values, especially of marked pots clearly attributable to Isaac. He'd have laughed and shaken his head, "Dooant be daft, They's nobbut clay".

Disclaimer... I was once a potter, maybe I still am.

Okay... I awarded it to myself.
"Because I'm worth it",
as that tiresome woman on the television keeps saying.

Just about all the curry-house fliers I get through my letterbox seem to proclaim that they are Restaurant of the year, or have been awarded Best Asian Chef, or Best Fried Cat in Britain, or some such. I really do think they just create the awards themselves. Just like I would, if I was clever enough.

(Go on, click on the carrot and award yourself one!)