Tatting of the Toos

The Red Dirt Girl sometimes tells me she'd like a tattoo, but she's not quite sure what, or where. Might I suggest.....? 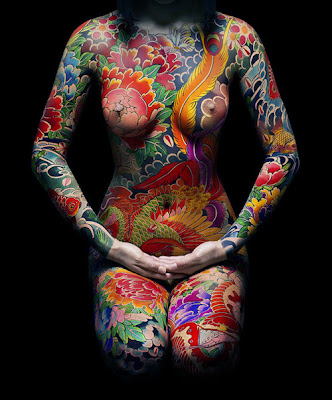 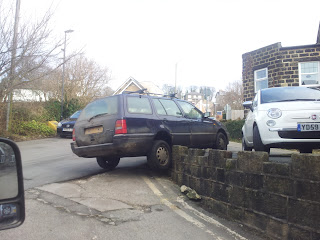 The Beautiful South Weren't from the South

I was planning a post on horses in lasagne, but tripped over this on the interwebnets, while wandering unfocusedly.

"And afterwards, Ladies, we'll go for a slap-up meal."

In the news recently, Mali, one of the countries of the Sahara. Islamic fanatics held Timbuktu, and burned ancient manuscripts.
The Touareg, nomadic peoples of the Sahara, are resisting the takeover of their traditional lands. I posted this Touareg band, Tinariwen, a few years ago.

"Tinariwen was founded by Ibrahim Ag Alhabib, who at age four witnessed the execution of his father (a Tuareg rebel) during a 1963 uprising in Mali. As a child he saw a western film in which a cowboy played a guitar. Ag Alhabib built his own guitar out of a tin can, a stick and bicycle brake wire. He started to play old Tuareg and modern Arabic pop tunes.[citation needed] Ag Alhabib first lived in Algeria in refugee camps near Bordj Badji Mokhtar and in the deserts around the southern city of Tamanrasset, where he received his first acoustic guitar from a local Arab man.  Later, he resided with other Tuareg exiles in Libya and Algeria.
In the late 1970s Ag Alhabib joined with other musicians in the Tuareg rebel community, exploring the radical chaabi protest music of Moroccan groups like Nass El Ghiwane and Jil Jilala; Algerian pop rai; and western rock and pop artists like Elvis Presley, Led Zeppelin, Carlos Santana, Dire Straits, Jimi Hendrix, Boney M, and Bob Marley. Ag Alhabib formed a group with Inteyeden Ag Ablil, his brother Liya, Ag Ablil, and Hassan Ag Touhami in Tamanrasset, Algeria to play at parties and weddings.[9] They acquired their first real acoustic guitar in 1979. While the group had no official name, people began to call them Kel Tinariwen, which in the Tamashek language translates as "The People of the Deserts" or "The Desert Boys."
In 1980, Libyan ruler Muammar al-Gaddafi put out a decree inviting all young Tuareg men who were living illegally in Libya to receive full military training. Gaddafi dreamed of forming a Saharan regiment, made up of the best young Tuareg fighters, to further his territorial ambitions in Chad, Niger, and elsewhere. Ag Alhabib and his bandmates answered the call and received nine months of training. They answered a similar call in 1985, this time by leaders of the Tuareg rebel movement in Libya, and met fellow musicians Keddou Ag Ossade, Mohammed Ag Itlale (aka "Japonais"), Sweiloum, Abouhadid, and Abdallah Ag Alhousseyni. All sang and played guitar in various permutations. The musicians joined together in a collective (now known as Tinariwen) in order to create songs about the issues facing the Tuareg people, built a makeshift studio, and vowed to record music for free for anyone who supplied a blank cassette tape. The resulting homemade cassettes were traded widely throughout the Sahara region.
In 1989, the collective left Libya and moved to Ag Alhabib's home country of Mali, where he returned to his home village of Tessalit for the first time in 26 years. In 1990 the Tuareg people of Mali revolted against the government, with some members of Tinariwen participating as rebel fighters. After a peace agreement known as the Tamanrasset Accords was reached in January 1991, the musicians left the military and devoted themselves to music full-time. In 1992 some of the members of Tinariwen went to Abidjan, Côte d'Ivoire to record a cassette at JBZ studios. They played occasional gigs for far-flung Tuareg communities throughout the Sahara region, gaining word-of-mouth popularity among the Tuareg people."
(Wikipedia)


More from Mali, Ali  Farka Toure, and Toumani Diabate.
Trust me, I know they're funny names, and a language you don't understand, but give it a chance. 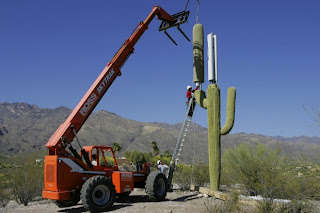 Damn. Another childhood myth exploded, I always believed in giant cactuses, but now the truth has been revealed.