This is the Boring Bit..

Waiting.... I have to be at the airport at an ungodly hour. Taxi booked for 3.30 a.m.
And I've been at a party down the street for the last five hours.
The couple at the last house at the end decided it was time they got to know the neighbours, so they went around knocking on doors.
It was very convivial, everybody was saying "We ought to do this more often!"
Anyway. 1:40 in the morning. do I sleep? dare I? Or do I stay awake?
Plenty of time to sleep over the atlantic. I can drool and snore for hours. Booked a window seat too. Yippee. Yes, I know theres not much to see most of the time, but I love coastlines, landforms. Greenland from the air is surreal.
I flew over the himalayas, on the thailand route, wow.
And there were folk in the middle seats watching a movie. Can you believe it? Gah!
Posted by soubriquet at 7:48 pm 3 comments:

In which: "I Carry the Dust of a Journey"

By this time tomorrow I'll be well on my way to Texas, where Red Dirt Girl will be waiting. I'll have flown first to Amsterdam, then, at ten fourty-five a.m. local, I launch again in a high arc across the atlantic.
Journeys, connections.  Blog might not get updated for a while.
I'll be meeting her daughter and two sons for the first time.  They know I might be a bit intimidated. They've joked about it. And about ways to throw me off-balance..
However, I have my cunning plans too. I've told RDG to get some make-up. Concealer. Not in my skin tone. So it stands out as fake.. so I can apply patches of it on my arms and neck.... "to cover up the worst of my tattoos....."  Maybe just a hint of a blue teardrop (ballpoint pen ink) below one eye, not well enough covered.... "Well, I was only in for six years, then the appeal court accepted that it was in self defence... they had it coming to them.... and besides, the  temporary insanity plea worked. Not my fault that I missed a couple of days of my meds....."


No apology whatsoever for posting a clip I posted a couple of years ago. It was sublime in 1970, it's as good now.
Sometimes,  in quiet moments, I hear this, in my head. I first heard it in 1970, and it's never truly left me. I can tell you that I've seen/heard a lot of live performers. Few have come even close to rivalling Emerson Lake and Palmer, on stage.
It's possible some of you will hate this. If so, I'd really like to know. Is it just me who thinks this is better even than sliced bread or intravenous chocolate?
Posted by soubriquet at 7:29 am 3 comments:

Stowaway-101 is Always a Popular Class 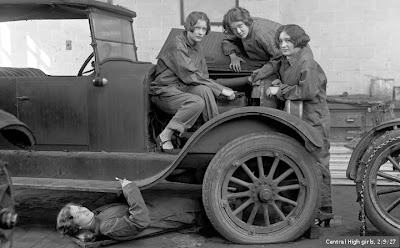 Posted by soubriquet at 6:03 am No comments:

Does James Bond Have a Mac? 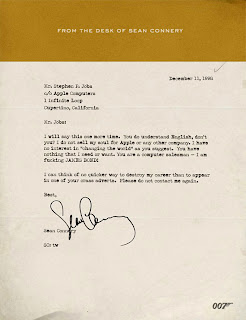