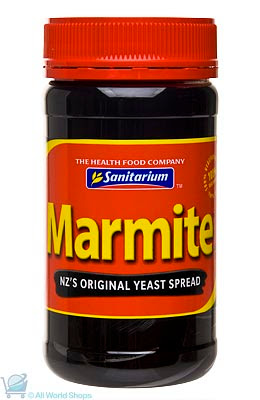 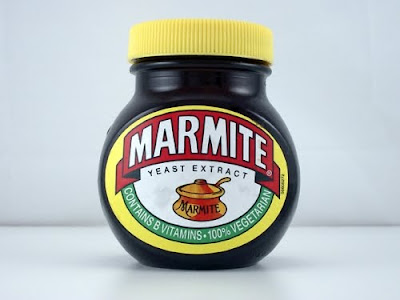 (English Marmite is not affected by the NZ crisis. We may have to send humanitarian aid!)

"New Zealand's Marmite stock is expected to run out within weeks, according to its maker Sanitarium.
Production on the Kiwi breakfast staple had to be suspended after earthquake damage to a cooling tower at the company's Christchurch factory rendered the nearby Marmite building unsafe.
Sanitarium general manager Pierre van Heerden said hopefully enough stock was in circulation to last a few weeks, but production wasn't expected to resume until midway through this year.

"The tower, which is next to the Marmite facility, suffered considerable damage in the Christchurch earthquake and has had to be deconstructed. While that is happening, workers have had to vacate the Marmite factory because it is unsafe."

He said work was happening to either identify a new building to house the Marmite factory in, or to carry out work on the tower as quickly as possible so staff could move back in, but another jar of Marmite was not expected to be made there until July."