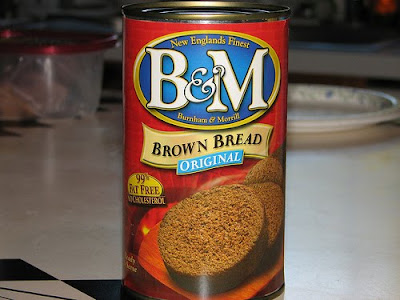 I recently read an article which quoted someone as describing himself as "The best thing since canned bread".
Sliced, surely?
But of course, the concept nagged at me and I now know that canned bread is a reality. Indeed, if you come from Maine, or from Japan, you're probably bemused by the fact that I'm bemused. As if I were wondering about canned beans, for instance.
Let it be duly recorded that prior to today, I had never heard of canned bread, nor did I ever ponder the possibility.
I understand that canned bread sells rather well, and that New Englanders feel lost without it, so it is exported to expatriates across the globe. It features regularly in SpongeBob cartoons. Survivalists stock it in their bunkers.
I shall not be purchasing any. I like my bread fresh, aromatic, warm inside, and crunchy on the outside. mmmm.
I rather think cylindrical bread in a can might not tick the boxes there. However, if you've ever had canned bread, do tell if it's as disgusting and rubbery as it sounds.
Posted by soubriquet at 6:33 pm 5 comments: