I've seen these in various places on the interwebs over the last couple of weeks, and so far nobody's mentioned what's wrong with them. 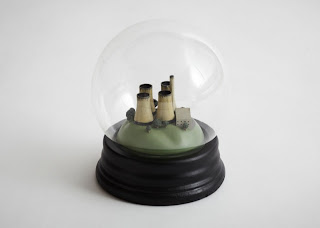 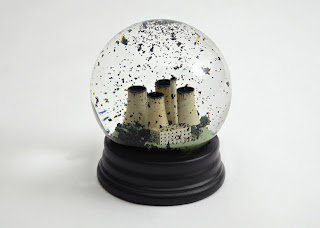 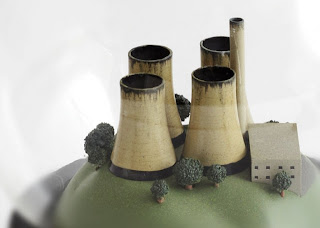 They're made by a U.K. art collective, Dorothy. You can buy a soot globe for £2000.  well, you can if there's still one left.
They say:
"The single greatest threat to the climate comes from burning coal but despite this a whole new fleet of dirty coal-fired power stations are on the verge of being built in the UK (the first for 30 years). The snow globe was designed for Ctrl.Alt.Shift in anticipation of the United Nations Climate Change Conference in Copenhagen 2009.
Limited edition of 2 – only 1 remains
* Please email take@wearedorothy.com so we can provide you with a cost for shipping before you buy."

As with so many earnest  artworks, the idea's pretty clever, but on closer examination?
Okay: The first glaring fault? see those four big 'chimneys', all smoke blackened inside?
Wrong! Only the tall narrow one is a chimney. The four large waisted shapes are actually not chimneys. No smoke goes into them, in real life they're full of heat exchangers to cool water which the power station will turn back into steam, and recycle through its steam-turbines.  No  smoke, no blackening.
And if this thing's meant to embody filthy planet-killing evil, then how come there's no huge coal-mountain awaiting burning? how come the trees and grass are thriving so well?
Fail, Dorothy!
Before you make art that makes statements about anything, do your homework!

Oh. and for £2,000, I'd expect an altogether more detailed scene. I want yellow bulldozers and coal trains, and protestors outside the gates, who've driven there in their oil-burning cars, and, the least you could do is NOT  say "Post and Packing extra".
Posted by soubriquet at 2:36 pm 3 comments:

Somewhere for Red Dirt Girl to Keep Her Portmanteau Words 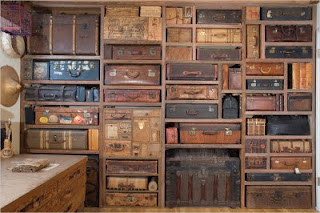 I worried about how she'd keep them all organised and to hand for use in her craft as a writer, thinker, philosopher, POET.

Poets need their words to be well kept and carefully nurtured. No mess. To a poet, words are precision tools, honed and edged. You just can't keep precision words in a jumble on the floor. You need something better. Organised. Protected. Secure.  Leather bound, brass latched storage for a lady wordsmith.   Portmanteaux for safe carriage.
This is for her.

A Sad Blow For Penguinedom


82 days ago, a daring Humboldt Penguin, identified only by his jail number, 'penguin337', broke out of Tokyo Zoo, scaling a 13 foot (4 metre) wall, and cutting through a barbed-wire fence. Despite determined pursuit, he made it through the Tokyo streets, stopping only to disguise himself and eat out at a sushi bar. The alarm was raised when , after a few rice-wines too many, he got into the karaoke... 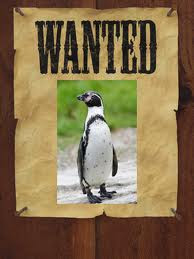 A hue-and-cry was raised, but the fugitive made it to the water's edge and got clean away. A few sightings were made as for a couple of months he cruised Tokyo bay,  like a native.  A few times, authorities tried to net him, the Coastguard almost managed it, before he gave them the slip, flipped them the bird, and wrapped their net around their own propellor. 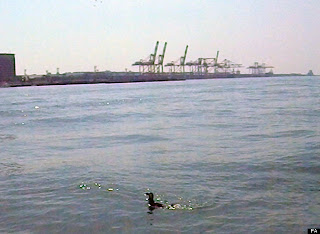 Today, however, I have sad news. Recaptured. Shackled. Tagged. The penguin's freedom is over. Some stinking stool-pigeon gave up his whereabouts. Now he's back in captivity. 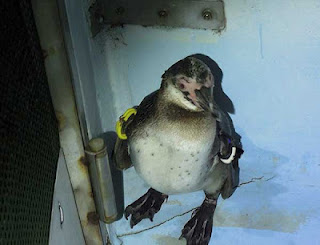 But with tales to tell. Guys, it's possible.
False i.d., civilian clothes, c'mon....


n.b.:- It is just possible a few features of this story may have been a little um, distorted, for 'editorial reasons'.
Posted by soubriquet at 9:05 am 1 comment:

On Comments, and my Tendency to Overdo Them

I am not, nor may I ever be,  succinct.
I can't say things in a minimal way. I have words to spare.
And my mind meanders.

I was just responding to a post by Bulletholes, ( Fan Letter to Bob Dylan), in which he describes how he once stretched out a hand of friendship to the  truculent troubadour, and was rudely rebuffed.
I ended up laughing at his story, and then at myself (because the Red Dirt Girl keeps telling me I should stop worrying about not being able to think of new blog posts, and just make a blog of comments).

Here's one such comment, then, demonstrating how easily my mind gets derailed. 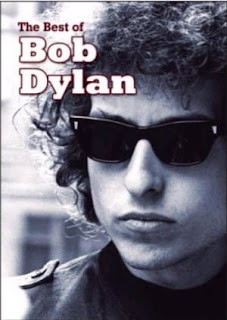 (comment)
"I've liked mister Dylan's music greatly over the years, and read and heard a lot about him.
Waaaay back in, I think, 1972? someone lent me a copy of Anthony Scaduto's biography of Dylan, which I read, cover to cover, because in those days I had some stupid internal rule that said I had to read any book that was presented to me. Now this idea fell by the wayside, when I incautiously, nay, stupidly, mentioned it, in confidence to a work-mate.
Oh foolish me. In about five minutes I was besieged by people proferring worthy tomes with titles like "The Population Ecology of the Water Vole", and " Old English Deverbal Substantives, Derived by Means of a Zero Morpheme", I kid you not. Dieter Kastovsky. I read it end to end, despite the fact that it was a book bigger than a refrigerator.
Tubingen. University of, I think it was his doctoral thesis. After that I was offered "A Brief Introduction To Stress-Concentrations Within the Core of the A1 Nuclear Reactor."

I gradually realised, probably half way through an exciting tome on the subject of slippage along shear planes in pacific abyssal ooze, that my friendly colleagues were betting on where I would break in my ongoing struggle to keep true to a foolish vow. Also, at the time, I was working at the National Lending Library for Science and Technology, so my tormentors had an endless supply of turgid texts.
It was something of a relief to be handed a doorstep-sized volume on Soviet Steam Locomotive Construction, in Russian.
It was clearly beyond me, as I have no grasp whatsoever, of Russian. I don't even know the cyrillic alphabet, so I had to content myself with looking at the engineering diagrams and the black and white photo-plates of triumphant sons and daughters of the revolution cheering brave locomotive crews as the sons of Genghis hurried thousands of tons of potatoes amidst thunder across the steppes.
Where was I? Oh.. I was replying to Bulletholes' post about Bob Dylan? Oh.
Yes, well. Scaduto. Biography... Oh yes. Well, I was amazed that there was a biography, after all, this was 1972, and Dylan had barely started. The thing I learned, and that none of the intervening decades has disproved is that the man's a great poetsingersongwriter, but an absolute arrogant asshole."