The great freeze actually lasted only a very short while. In the meantime, something called the polar vortex has caused incredible chaos and storms across the U.S., but here in this bit of Texas, you wouldn't know it. It's been warm enough not to wear a sweater, fleece, or jacket. There have been a few rainy days, and fog, too, a little south of here, but to a Yorkshireman it's positively tropical.

All the same, I should come clean about south Texas weather. Although this time it's not been cold, and usually isn't really cold,  it has, on occasion been cold enough for the sea to freeze between the mainland and Galveston island, and mass die-offs of fish have occurred, with fish washed ashore in blocks of ice. The winter of 1983 saw conditions that were really cold, albeit for a relatively short time. 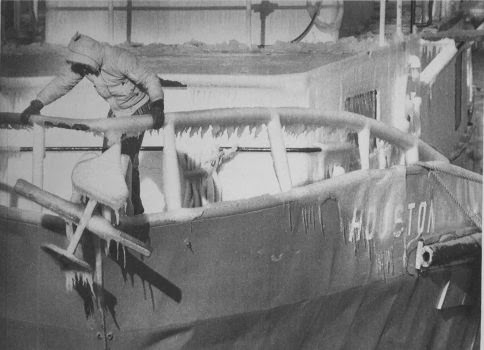 "It began when a pool of Arctic air pushed over the Texas coast the afternoon of Dec. 21, plunging air temperature from the 50s to the 30s (temperatures here are in Fahrenheit, the U.S. and pretty much nowhere else, oh Burma! Myanmar, as it is officially called now,  use fahrenheit. Well, if you're a scientist, or engineer, I think you're officially supposed to be using Celsius.) 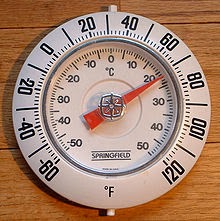 ....in little more than an hour. In Houston, the temperature dropped below freezing the next afternoon and remained there for five days, setting a record for longest period of below-freezing temperatures in the city. Houston's temperature fell below freezing for 10 consecutive nights, bottoming out at 13 degrees on Christmas morning.
It was equally frigid on the coast - 15 degrees in Palacios, 14 degrees in Galveston and Corpus Christi, 19 degrees in McAllen. Air temperature remained below freezing for 77 hours in Port Arthur. Saltwater froze; on Trinity Bay, a sheet of ice 4 inches thick extended almost 500 yards from shore, and a similarly thick layer created a 100-yard band around the edges of the Upper Laguna Madre.
"You couldn't get a boat out in the bay for the first few days because the ice was so thick," recalled Lynn Benefield, who, in 1983, headed coastal fisheries' Galveston Bay field station. "When we finally did get out, the thing that sticks in my mind is seeing the back half of East (Galveston) Bay covered in slush ice from shore to shore. I'll never forget that."
The bitter, lingering cold was unlike anything Hegen, McCarty, Benefield or anyone else had experienced on the Texas coast, where freezes, while not uncommon, are typically short-lived. The most severe cold weather before the '83 freeze had been in January 1951, and it had been almost a century - February 1899 - since Texas had seen such deep, abiding cold along the coast."
"The below-freezing air temperature wasn't the only thing that chilled Hegen on his recognizance on the Upper Laguna Madre. What he witnessed as he and Vannoy explored the shallow bay system with the earned reputation as home of the best-quality speckled trout fisheries in the state sent shudders down his spine."It looked like snow drifts along the shorelines - big piles of white, 15-20 yards wide," Hegen said.
But it wasn't snow; it was ice … and dead fish. Thousands of dead fish.
"There were long windrows of dead fish - every kind of fish - stacked like cordwood," Hegen said. "The number and the size of the sow speckled trout we saw made your jaw just drop. There were thousands of them, dead on the shoreline. Huge trout, some I guessed were bigger than the state record.""


Other coastal freezes are on record in the northern edge of the Gulf of Mexico.
1955, 1899, and back in 1821, Jane Long, an early settler, was saved from starvation by cutting a hole in the ice to scoop out frozen fish. She also recorded seeing a large brown bear walk across the ice to Galveston.
Before her, Álvar Núñez Cabeza de Vaca, one of the very first europeans to arrive here, (shipwrecked on Galveston island), recorded a similar winter in around 1527.

*for my American readers, Fahrenheit, drawing on earlier works by a danish scientist, Rohmer, set his coldest point by mixing a brine of one part water, one part ice and one part ammonium chloride. This mixture allegedly stabilised at 0 degrees Fahrenheit. Or he set it using the coldest temperature he observe during the winter of 1708/9 in his home town of Danzig, on the Baltic coast.
Nobody really knows.

"According to a letter Fahrenheit wrote to his friend Herman Boerhaave, his scale was built on the work of Ole Rømer, whom he had met earlier. In Rømer's scale, brine freezes at zero, water freezes and melts at 7.5 degrees, body temperature is 22.5, and water boils at 60 degrees. Fahrenheit multiplied each value by four in order to eliminate fractions and increase the granularity of the scale. He then re-calibrated his scale using the melting point of ice and normal human body temperature (which were at 30 and 90 degrees); he adjusted the scale so that the melting point of ice would be 32 degrees and body temperature 96 degrees, so that 64 intervals would separate the two, allowing him to mark degree lines on his instruments by simply bisecting the interval six times (since 64 is 2 to the sixth power).
Fahrenheit observed that water boils at about 212 degrees using this scale. Later, other scientists  decided to redefine the scale slightly to make the freezing point exactly 32 °F, and the boiling point exactly 212 °F or 180 degrees higher.  It is for this reason that normal human body temperature is approximately 98° (oral temperature) on the revised scale (whereas it was 90° on Fahrenheit's multiplication of Rømer, and 96° on his original scale). "
Source: Wikipedia.


The rest of the world uses Celsius (let's not get into Kelvin, for all practical purposes, Celsius will do). Celsius is, of course, far more difficult to understand. in Celsius, water freezes at 0 degrees and boils at 100 degrees. In Fahrenheit it freezes at 32 degrees and boils at 212. Where in Fahrenheit is there a datum point within our grasp? An arbitrary choice of brine mix? What's a hundred? A fevered brow? For the record, in my early years, fahrenheit was the norm in Britain too. I can do both, but to me, fahrenheit seems too arbitrary and random. 0 degrees Fahrenheit is -17.3 Celsius.
Posted by soubriquet at 3:47 am 7 comments: