No, our heroes were cowboys. I was born in 1953, and my early years happened to be in something of a heyday for the westerns. By the time I was five or six, I had my collection of cowboy and indians figures,I had shiny 'Lone-Star' guns which shot caps,with a bang and a smell of gunsmoke. I had a black hat,with wide brim and sheriff's star,.  We hid behind haybales, and shot it out with the baddies, we ambushed stagecoaches, we rode the pony express through injun country. I was an equal-opportunity kid, I also had a feathered head-dress, a bow, and some arrows.
We didn't have a television in our house,  but my grandparents did, and it was a treat to lie on the rug in northern england, and be transported into Texas, and adventure. There was Cheyenne, Bonanza.... Bronco Layne, Hopalong Cassidy, .................................................................and 'Sugarfoot'!

Imagine... The Red Dirt Girl and I were in the little Texas town of Bandera, ('Cowboy Capital of Texas'), and found this autograph, scratched in the concrete, outside the 'Dogleg Coffee House'. 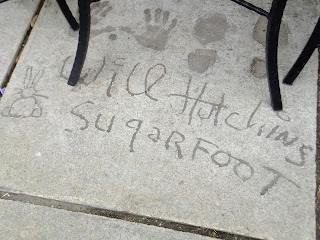 I'll confess, it wasn't until some time later that I remembered 'Sugarfoot', the young would-be cowboy, who got into all sorts of scrapes, yet somehow always came out on top. But how cool is that? We're on our travels and I see a pavement signed by a guy who was a god to me, back when I was a fearless cowboy. 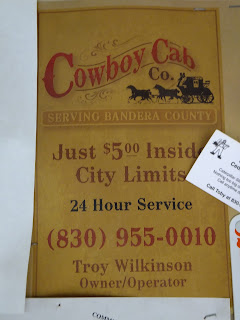 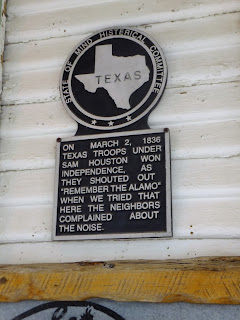 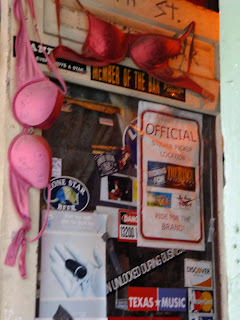 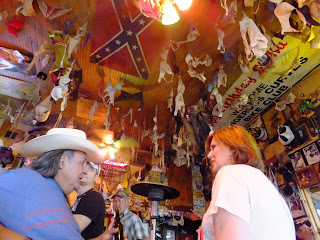 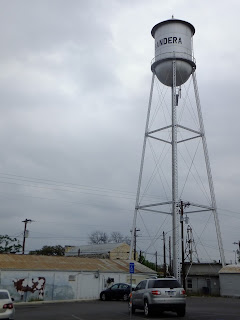 Bandera was fun, we were  made welcome in a little bar, and it was a pity we had a long way to go that night.
Posted by soubriquet at 5:39 pm 10 comments: