What's the Engine Out Of?

I was asked, on the previous post, what's the engine out of?
It's out of the geriatric land-rover, which I've owned since 1992.  Back a few years ago, after a few too many abuses, the poor old dear failed its test on a multiple of faults, and at the time I had no money to spare, so she went away into storage, for a while.  Which turned out to be several years. 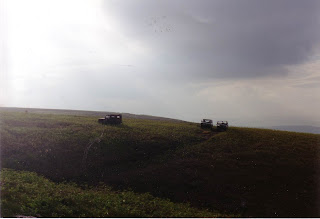 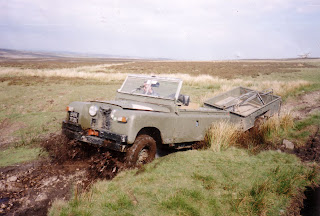 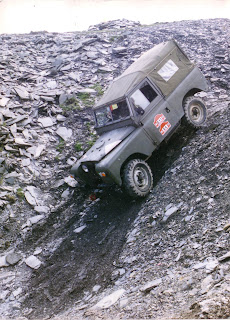 In 2007, I hauled it out, and set to work on a ground-up rebuild. The biggest change was putting later style wings on, with outboard headlights. 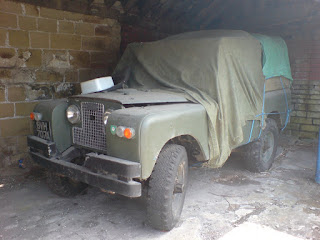 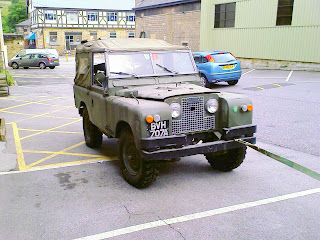 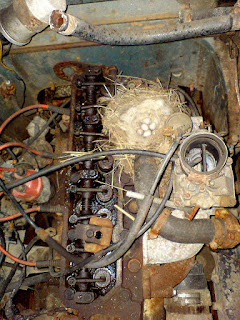 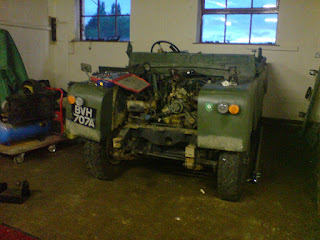 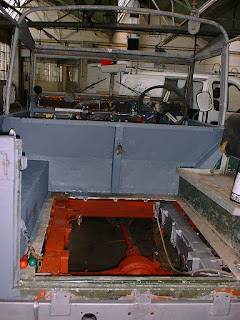 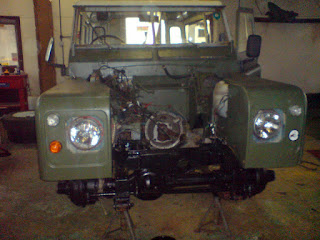 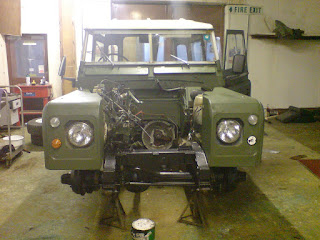 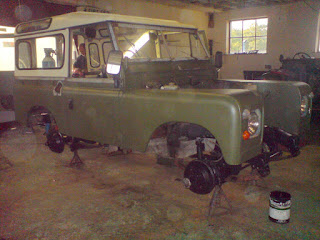 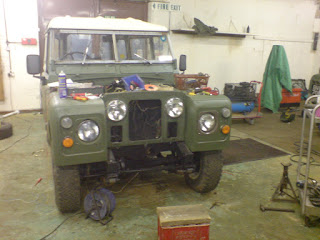 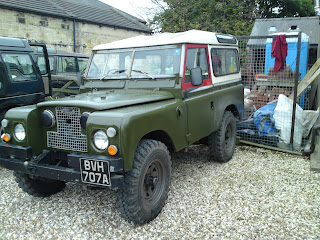