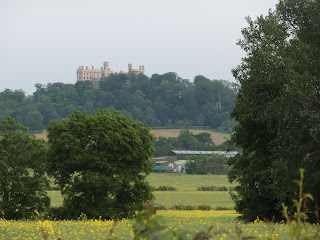 I've been away. Whilst much of the country was involved in parties and pageants for the Queen's Jubilee, I was just having a dirty weekend at a quiet place in the country. 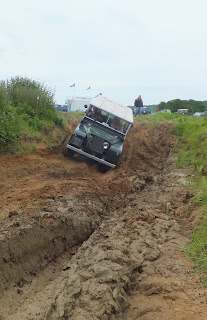 Each year, all being well, my brother and I go to play with Land Rovers at the national competition. He's been known to break my gearbox, so the last two years, we've both competed in his  1952 toy. 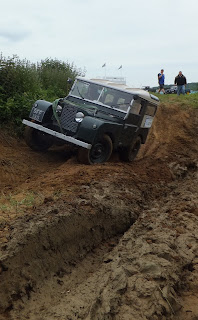 If you were to zoom in, in an attempt to unmask me, you'd probably get him, not me, as I'm the bloke behind the camera in most of these. 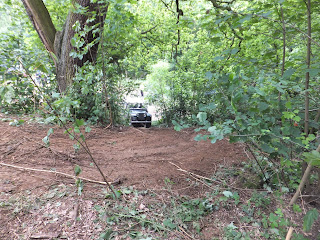 Self evident, really, what's going on.
Isn't it? 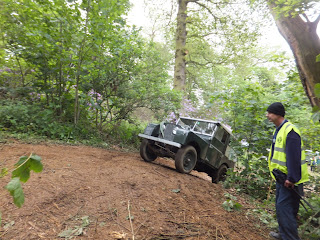 It's not a race, it's not timed, more an exercise in choosing the right line, gear, speed,  to keep going over the course, without getting stopped or hitting a marker cane, Object is to end the day with as few penalty points as possible. He beat me. Overall, we were not fiercely competitive against the couple of hundred other entrants, but we were driving something sixty years old. 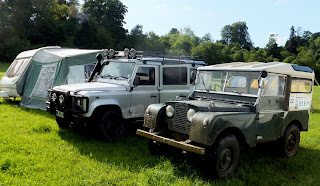 Sixty years, almost, separates these two vehicles, but it's not hard to see the ancestry of the newer one. 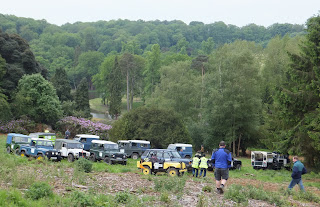