My mother's house, after a year and a half on the market, now has a buyer, there's been a significant drop in price from the original valuation, but the sale's going through. Which means I've been immersed again in minutiae, sorting through all the stuff which escaped the earlier culls, the trips to the dump, the apportioning among siblings.
With  the aid of my sister, I've been delving deep into boxes of papers, and I keep finding photographs. All too often, there's nothing written on the back, no clue. I recognise a few faces from other pictures in annotated albums, but some? Some are recognisably family faces, but I'm not sure just who. 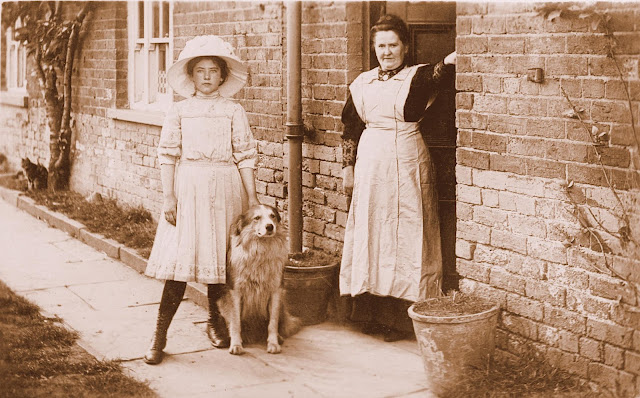 These two, above, who are they? I love the picture, it looks like a posed scene from a movie, mother and daughter, an old dog who'd rather be somewhere else, I think I know the house, I think I used to go there as a child, my sister thought so too, we both remember clambering on hay-bales in a dusty barn, but we think we were just toddlers? Sharlston? 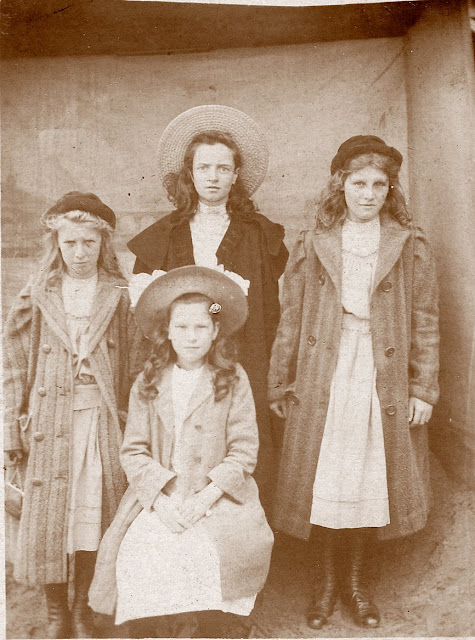 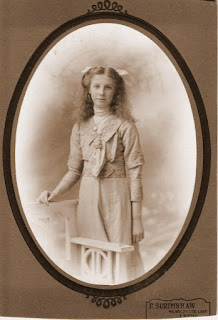 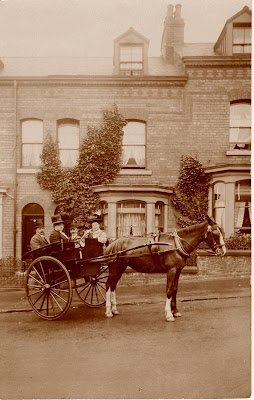 I think I drive past these houses every night, but who? No idea. 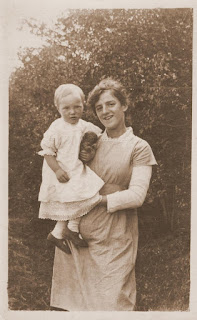 Blanche, holding my father, in 1918.
Blanche worked on my grandfather's farm, was still living in the village in the sixties. 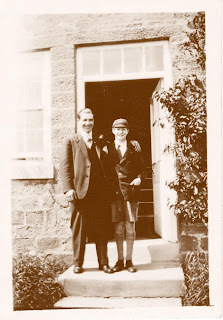 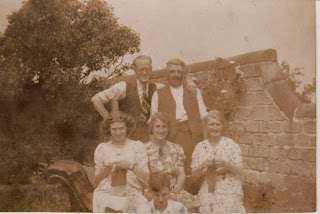 On the bottom left, 'Betty'. She and her parents and younger brother are visiting my grandparents (on the right). They're in the orchard at Old Hall.  Betty is my dad's girlfriend, but it's 1943, and he's gone off to the war, he's missing, in Singapore, they don't know if he's dead or alive. It will be a year or so before they learn that he's survived, and is a prisoner of the Imperial Japanese Army. 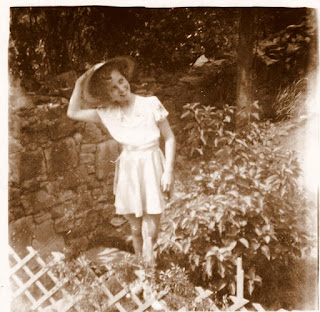 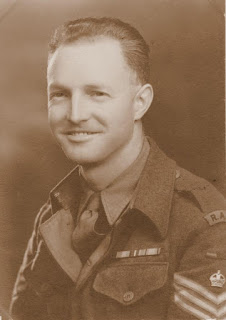 My dad, on return from the war,  shortly to be a civilian again.
Betty sent him a 'Dear John' letter, to Changi (P.O.W. jail in Singapore)  but he didn't receive it until after his release, by which time she'd married someone else! 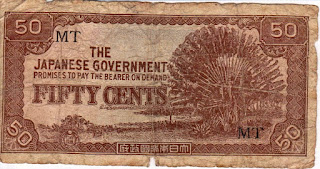 P.O.W. wages scrip.
As he said 'The  little bastards' promises aren't worth the paper they're printed on'.