Mules Working in a Coal Mine, Whoop...

Goin' Down, Down, Working in a Coal-Mine, Whoop..

The Avalanches: Since I Left You. 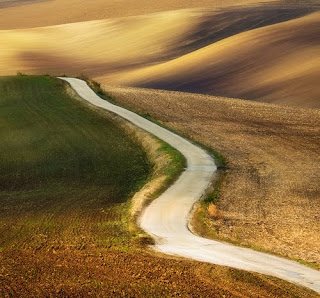 The Rolling English Road, by G.K.Chesterton.
Before the Roman came to Rye or out to Severn strode,
The rolling English drunkard made the rolling English road.
A reeling road, a rolling road, that rambles round the shire,
And after him the parson ran, the sexton and the squire;
A merry road, a mazy road, and such as we did tread
The night we went to Birmingham by way of Beachy Head.

I knew no harm of Bonaparte and plenty of the Squire,
And for to fight the Frenchman I did not much desire;
But I did bash their baggonets because they came arrayed
To straighten out the crooked road an English drunkard made,
Where you and I went down the lane with ale-mugs in our hands,
The night we went to Glastonbury by way of Goodwin Sands.

His sins they were forgiven him; or why do flowers run
Behind him; and the hedges all strengthening in the sun?
The wild thing went from left to right and knew not which was which,
But the wild rose was above him when they found him in the ditch.
God pardon us, nor harden us; we did not see so clear
The night we went to Bannockburn by way of Brighton Pier.

My friends, we will not go again or ape an ancient rage,
Or stretch the folly of our youth to be the shame of age,
But walk with clearer eyes and ears this path that wandereth,
And see undrugged in evening light the decent inn of death;
For there is good news yet to hear and fine things to be seen,
Before we go to Paradise by way of Kensal Green.


(Soubriquet Footnote: The last line, "by way of Kensal Green" refers to a huge necropolis with very grand monuments, in West London.)
Posted by soubriquet at 5:53 am 4 comments: