Yes, I know this is all over the Internet, but I'm posting it here because it happens to have occurred close to home.
Consider it my 'local news' section.

The question that's been bugging me, since I first saw this, via... Um.. Arbroath? I think, is "How did that car end up there in the first place?"
Well, here's the answer. footage of the same thing happening in a tunnel in Melbourne, Australia.

In the local case, near Leeds, Rona Williams, a vet, was caught on the front of a bulk-tanker, and was interviewed later, by the Daily Mail
"As her Renault Clio was pushed along, she screamed: 'I'm going to die, I'm going to die.'
Mrs Williams had just joined the motorway ten minutes away from her surgery in Garforth when her car was apparently clipped by the lorry and ended up under its bumper. 'I just felt a knock and then I was travelling sideways – twisted 90 degrees clockwise,' she said.

She yanked on her handbrake, sounded her horn and flashed her hazard lights, but to no avail.
'I kept thinking, "Nobody knows I'm here. Nobody has seen me",' she said. 'I tried everything.
I was watching other cars, thinking, "Help me, just help me" – but they didn't seem to be doing very much.'

Her car was being pushed sideways at sixty miles per hour, eventually the truck driver realised something was wrong, but not quite what. He pulled in and stopped,
and amazingly, she emerged unhurt.

The truck driver is suspended from duty, whilst the police investigate. I suspect he'll have a  career change in front of him, (instead of a small blue car with a screaming driver).
Posted by soubriquet at 5:28 pm 6 comments: 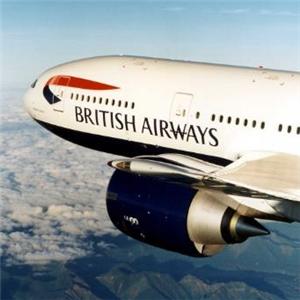 "Unite said only nine of 1,100 cabin crew reported at Heathrow on Sunday and that the vast majority of planes taking off were without crew."
I know there's been an autopilot flying me in the past, but totally autonomous jets? The perpetrator of this journalistic blooper was none other than the BBC.
http://news.bbc.co.uk/1/hi/business/8579355.stm
Posted by soubriquet at 4:56 pm 1 comment: