I've long been interested in 3D printing. The first exposure to the concept was, in fact, long before I'd ever seen a computer, when I was a schoolboy way back in the misty depths of time when dinosaurs roamed the earth, oh my, back when.... Oh, no, you're right, it's not relevant to the story ahead.

I chose something I'd been learning about, a viking raid on a lake village, and a hill-fort to which the lake-dwellers retreated.
This was based on a real place, and my teacher suggested I make the real, accurate topography of the site.
How?
Well, that idea vexed me, I had too few pictures to go about it, but then, after letting me struggle for a while, my teacher suggested that I trace successive contours on a large-scale ordnance-survey map of the site, and cut cardboard out so I had each ten-foot elevation as a 'slice'. Stack them up  and you have a scale, 3D stepped model.
And that I did. Years later, again, though, before computers were household items, I found a book called 'Cybernetic Serendipity' which contained images of grid-scanned human bodies.

It's not too long a step from that to realise that pretty much any item can be described by a series of superimposed grids.

Back in the late seventies, the BBC's 'Tomorrow's World' showed a machine which shone two laser beams at the surface of a pool of liquid plastic. Wherever the two beams coincided, the liquid solidified, and the beams would draw a 'slice' and the slice would, on a lowering platform, sink beneath the surface, ready for the lasers to draw another slice on top. In such a way, a three-dimensional form was slowly created.

Now, 3D printing is a reality, but so far mostly a high-tech domain.
Google it though, and you'll find a plethora of machines, from super mega-expensive high tech, to 'make it yourself' lash-ups.
It's clear to me that in a few years, that printer/copier/scanner on your desk will upgrade to having 3D capability too. Instead of buying something and having it shipped to you, maybe you'll get a file download, and your printer will pop out the thing you needed.

It's not quite ready yet, or is it? but ask yourself, how long ago was it that digital cameras didn't exist? Or televisions only an inch thick? 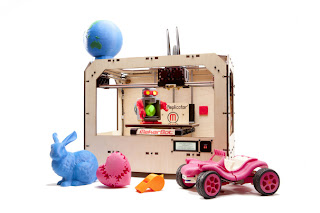 Here's a video of a fairly crude printer printing a chair out of recycled fridge-insulation plastic. Watch it and imagine the process a thousand times faster, and a thousand times more precise.


So? are these things real? Where is the 3D printer of today?
Thriving. What are people making?
Have a look at Thingiverse .

Or get it made by Shapeways. 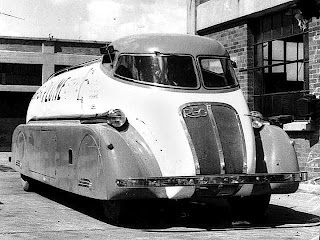 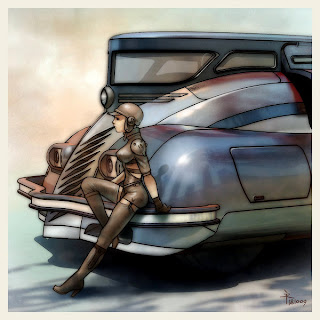 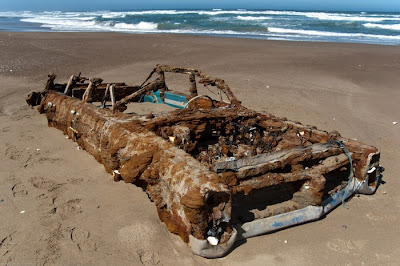