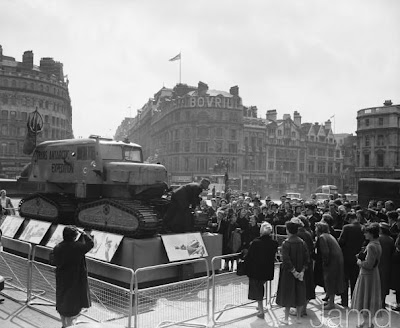 As a young boy I was an avid reader, revelling in stories of daring and adventure, and in the boy's magazines and comics of the 1960s, I first saw pictures of the Tucker Sno-Cat. (Made by the Tucker Co. of Medford, Oregon).
These were used in Sir Vivian Fuchs' Trans Antarctic Expedition of 1956/7. Four of these vehicles were used by Fuchs' team, nicknamed "Rock'n'Roll", "Haywire" and "Able". The fourth, "County of Kent" was lost forever in a crevasse, along with its driver, Lieutenant Thomas Couzens.
These vehicles, dragging heavy sledges, made the first crossing of the continent, coast to coast. Crevasses were the greatest danger, yet somehow, they all except Lt Couzen's vehicle, were recovered from the brink. It looks a severely troubling (original words deleted!) activity to me. 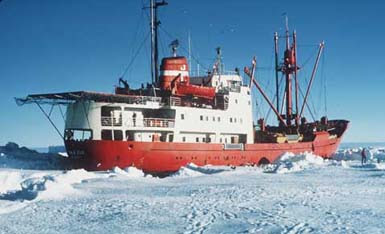 The MV Magga Dan was a specially built polar supply ship, as a child, I saw her and her sister ships loading at Grangemouth on the Firth of Forth in Scotland. I was fascinated to see these brightly painted ships, and to hear of their journeys into the white south.
I'm not sure how it happened that I never signed on as crew. There was a time, following my marriage's break-up when I was seeking a life that might mix danger and solitude. The furthest I got then was Greenland, and if I could have figured out a way to stay there I would have. As it was, I took off on my own, up onto the Kvanefjeld plateau, set up my tent on the ice, near the mouth of an abandoned uranium mine, watched icebergs break apart and roll in slow motion below me on the cold november waters of the fjord, I had my few days of solitude, but also I had an airticket out toward denmark.............
To get to the "airport" oh yes, Narssassuaq International Airport. Hahahahahaaaaaa!
The terminal is a wooden shed. At one end of the runway is a nice big mountain. At the other is an icy fjord with sheer rock walls on the other side.
"If you haven't landed at BW-1," (Narsassuaq) writes army pilot George James of his ferry flight in a twin-engined B-26, "you have missed one of life's biggest thrills. We were briefed for hours with talks, movies taken from the nose of an airplane, and a topographical model. The reason for what might seem like overkill is that BW-1 is 52 miles up a fjord with walls several thousand feet high, numerous dead-end offshoots, no room to turn around, and usually an overcast below the tops of the walls. You had to get it right the first time."
To get there from Narssaq, the place I had gone to, (for no particular reason), required a day's journey on the MV Disko, I opted for a bunk in a shared cabin, deep below the bows, near the waterline, and directly above the bow thrusters. Cruise passengers are advised to avoid such a placement. On an ordinary journey it might just be a little tedious. Through an ice infested fjord in fog, breaking through pack ice and shouldering aside "bergy-bits" it is a recipe for no sleep at all. My eskimo cabin-mates were very cheery, offering me tasty bits of seal blubber, carved off with a crusty knife. Eventually I abandoned all hope of rest, and went topside to look down at the ice. Eventually I found a warm vent near the funnel and huddled there until I fell asleep. In the morning dark, I woke as we crashed into the dock.
Rambling again, mr soubriquet. 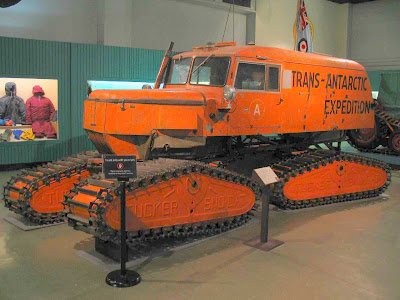 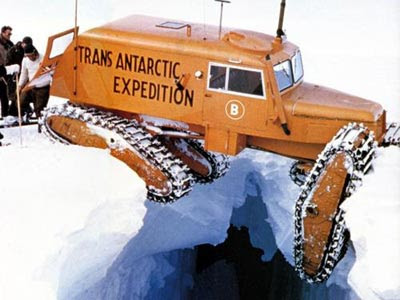 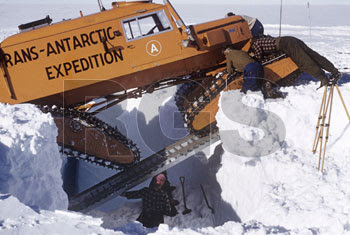 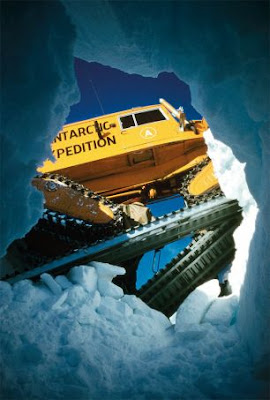 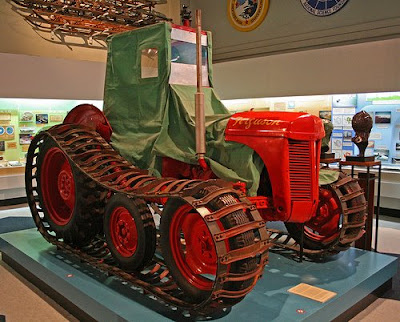 Hillary, of course, is the man who a couple of years before, along with Sherpa Norgay Tensing, became the first man to stand on the summit of Mount Everest. 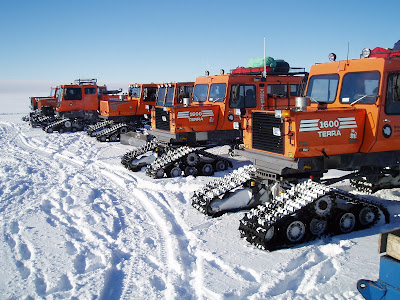 Snow cats are still used in Antarctica, though they've evolved a lot.