On Tuesday I took a ride out to get the vital kiln shelves and materials...
And a few tools to replace the rusty and worn-out ones, boxwood modelling tools to replace some horrible plastic ones. Off the shelf glazes and a few glaze materials to mix a couple more. I've hardly ever used ready-made glazes before, but now, if ever, is the time. I'm aiming for a slightly lower stoneware firing too. Call it saving the planet, or call it saving on electricity bills. one of those.  I came home £450:00 poorer. That's almost 690 dollars.
Last time I was buying materials for thjs much money we were talking almost two tons of clay and dry materials in 25 kilo bags.. (50lb)...
This tucked away in the back of the Land-Rover with a lot of room to spare.
Sigh. This is the 21st century, get used to it.
One of my favourite pottery books is Dennis Park's Potters guide to Raw Glazing and Waste-Oil Firing.

He gets great results, and unashamedly says he does it because he's cheap. He reckons a shovelful of any dirt and a shovelful of ash is pretty much always a  viable glaze. He fires on the oil drained out of crankcases at service-time, and glazes without bisc firing, using tumbleweed ash and mine-tailings. (In Tuscarora, Nevada, high desert, abandoned mining towns). 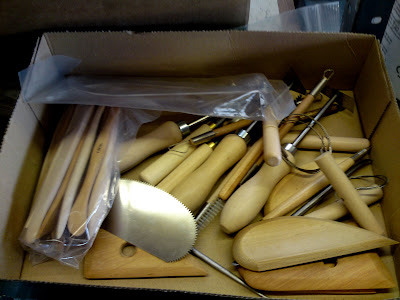 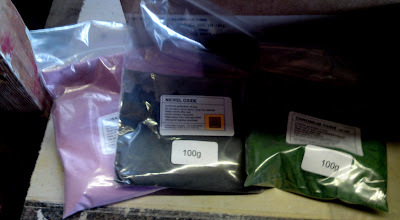 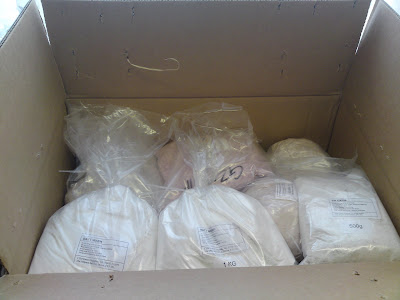 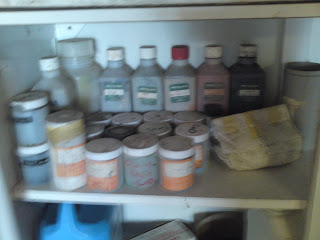 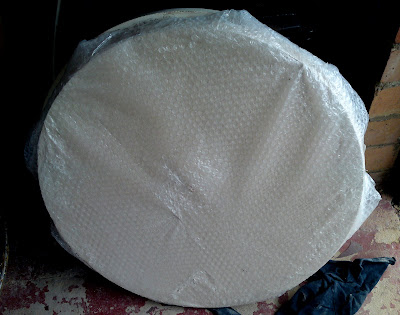