The Car I Wanted When I Was 14 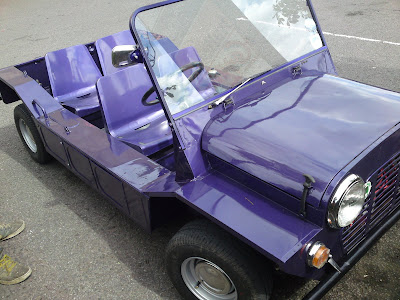 Seen yesterday, a prime example of the minimalist look. Steel seats... The original spec, as delivered, I think, had only a driver's seat, the others were extras. No radio, no heater, no roof...
It's a Mini Moke.  It had its origins as an ultra-lightweight, air-portable, parachute-droppable vehicle for the army. All the running gear is direct from the mini. That was part of its downfall too. Alec Issigonis' original mini, released in 1959, had ten inch wheels. The moke, on ten inch wheels and mini suspension, just didn't have enough ground clearance to hack it in the army.
Mind you, four squaddies could lift it up and reposition it easy enough. 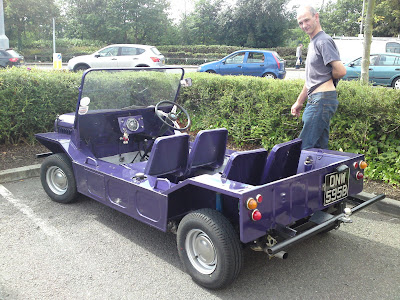 In 1964, Austin/Morris, based on the enthusiasm of onlookers, whilst the prototypes were in road-trials, decided to release it as a civilian model. It was popular as a kind of micro-jeep, and swinging London loved it.
More success was found in hotter climes though, and production moved to australia, where it got bigger wheels, more powerful engine, and 'roo bars.
You'll see them in the caribbean, as beach cars, hire cars, in Sri Lanka, apparently, but relatively few remain in England. This one's a recently finished rebuild.
The colour's not to my taste, otherwise, I can't help smiling when I see one.
Note the grab handles for passengers!

(Moke: archaic name for a donkey.) 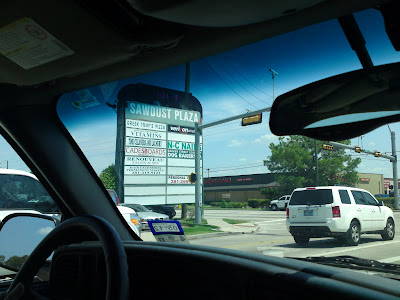 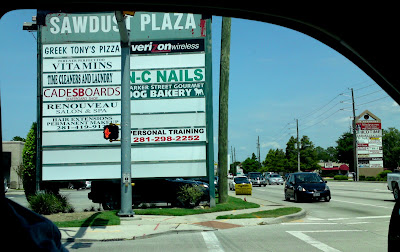 I'll have a hot-dog, please, with onions and mustard.