A Day in the Yorkshire Dales

On Sunday, it being a somewhat rainy day, I was getting stir-crazy from too many hours spent at home, so I offered to take my mother (vintage 1921) out for a drive, and maybe lunch. Near to home, I struck off from the busier highways to forgotten routes... 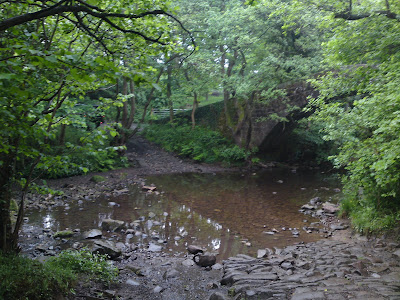 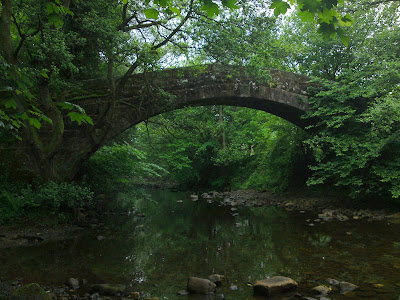 This is the pack-horse bridge, across the little river Washburn, at Dob Park, just north of Otley.
Pack-horse bridges are typically narrow, and their side walls are low so as not to catch the wide-slung panniers on the horse's back. The route was in use two thousand years ago,  but really became important with the trade in wool in the 14th/15th centuries. Neolithic stone-carvings can be found nearby, and it's alleged, locally, that ghostly roman soldiers can sometimes be seen wading across the ford.
The bridge seen here was built in 1767. 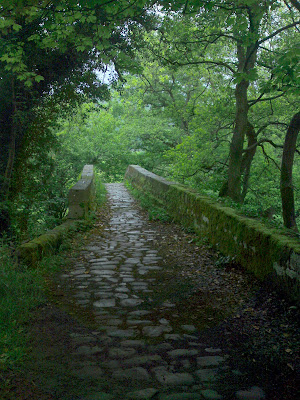 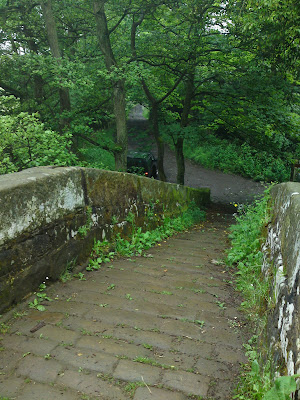 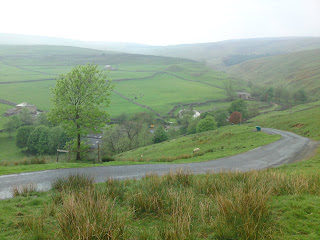