It's Been a While Since I left to Seek My Fortune as a Floozy-Wrangler... 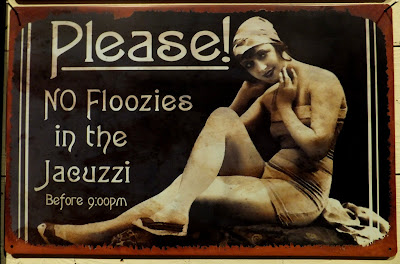 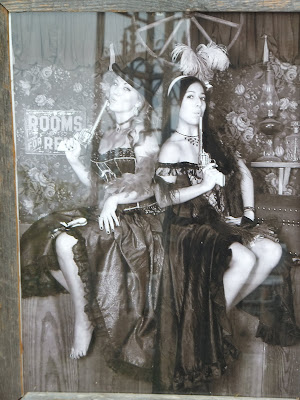 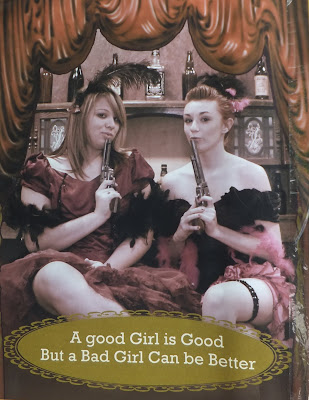 And it's been eventful.

I had  planned to post frequently, but hey, I've never been very self-disciplined. Besides, all that whipping hurts.
Where was I? Oh, far from my usual haunts, with every day a thing of strangeness and wonder. Of which more later.
Maybe not quite every day, nor was it all as planned, because I got jumped by the streptococci, who went, as they do when cornered, straight for the throat. It would have been on a thursday, the one before easter weekend, the Red Dirt Girl was at work, and I'd spent the day feeling tired. I had a bit of a sore throat too, which I put down to the unaccustomed and relentless dehydration of air-conditioning. (in my world we use the standard-issue air, full of whatever damp it comes with).
So I stopped off at a pharmacy place, bought some antiseptic lozenges that tasted of something like paint-stripper. And also, as I was a bit tired, I bought some of those little bottles of caffeine and taurine and other muck that claim to give you an instant five-hour energy boost. No problem, I thought, as I read the instructions... "Drink half and within ten minutes you'll be as alert as an alert thing." So I did, then I drank the other half too, so I'd be able to fly like an eagle.

And I sucked a paint-stripper lozenge.
About half an hour later, I ambushed RDG as she left work, and handed her the car keys.
I was clearly not looking too bright because she pressed a cool palm against my forehead and frowned.
The fog in my brain thickened, and by the time we were back at the homestead, I was a full-on zombie. I had to tell her youngest that I doubted I'd be able to keep my promise to take him to NASA's Spacecenter, Houston, the following day.
I'll spare you the full story, but suffice to say a misdiagnosis wasted most of a week, and left me with a throat that felt as if it had a ball of broken glass jammed there, unable to eat or drink, and furthermore wasted a considerable lump of money on inappropriate medication.

Both before and after this, I had a great time.  And I'll be posting pics and thoughts as time goes on.
Travelling back here took forever. And freezing rain greeted my t-shirted self.

Just flying north from Houston, it's about five hours before the plane's course takes it out over the ocean. That's forever, when you don't really want to be flying at all. Too hours at the airport in Houston, 9 hours to Amsterdam, then nearly five hours wandering around Schiphol's terminal, before boarding the cityhopper back to England. An hour or so on that. No sleep. I decided early-on that I didn't much like the couple in the other two seats. Too slickly dressed and stylish, to start with. What man boards a plane with his sunglasses pushed up on the top of his head?
All the time they weren't sleeping, they were arguing, in an unknown language. I thought they looked prosperously central/south american, but the language, no. My best guess is Romanian, it was a latin-based language, but not italian, french, spanish or portuguese.
Anyway, they argued with a quiet ferocity, violent looking hand-gestures, occasionally she wiped tears, and spat back at him with some cutting remark. Seriously, if I wasn't reasonably sure homeland security had confiscated their nail-files, I'd have feared being stabbed as collateral damage.
And in between times, the guy was farting, filthy stinking sulphurous eruptions. And he kept accidentally hitting buttons on the handset stowed in the armrest. First time he did it, his overhead light came on in the gloom of the night cabin, it startled him, he sat bolt-upright, staring accusingly at me. I had to show him the button he'd pushed, and demonstrate on, off, on, off. Otherwise he'd have stabbed me with his only weapon, a plastic spoon.
I like a window seat. But this time it was not much help, cloud blanket below most of the way. On the final leg of the flight, I had to chuck a ukrainian girl out of my window seat. So I got to watch the pretty and somewhat artificial-looking landscape of Holland as we climbed out of Schiphol, and the ships waiting to get into Rotterdam, and finally the cold rain-streaked yorkshire hills around my own home-town.

Since I landed, I've been mostly asleep. My boss has begged me to go into work to help him tomorrow.  I'd rather not, rather have another day to re-set my gyroscopes, but I suppose I should show willing. Especially as I'm going to tell him I plan to move to Texas within the year.