Here in the U.S., it's tax-filing time. I'm blissfully ignorant, of course, as to the fineries, as she who is awesome did it all.
I remain in the endless limbo of being a legal alien. I was given the right to enter the United  States, in order to marry a U.S. citizen, within 90 days of my arrival, or leave again.
We married ten days after my feet touched the ground, at which point, or within the ninety days, the holder of a K-1 visa then must file for 'Adjustment of Status'.
In the period in which the adjustment is being processed, I have no automatic right of residence, no legal status, I can't vote, nor can I claim upon any of the rights of a citizen.
If I were to exit the U.S., for a holiday or any other reason, I would be refused re-entry. I couldn't enter on a tourist visa, nor a business visa....
I could get a 'letter of advanced parole', which in theory would persuade the guy on the desk to let me in, but it's not a guarantee.
Meanwhile, six months after I arrived, I'm not strictly speaking, a resident, nor am I a non-resident. I'm an alien, I'm a legal alien.

I'm not allowed to work, nor to earn money.
I have a Social Security number, but that's merely because all manner of activities, such as accessing my money in the bank, require it.
But it confers no security, social or otherwise. Should anything happen to me, then my wife is fully responsible. The Social Security administration would simply yawn, and look away.

Uncle Sam has the gall to demand taxes from me.

I earned $1.14 cents, on my bank balances, and I have just been taxed 29 cents on my earnings.

This is not my first, only, or greatest payment to the United States Government, we've paid up large lumps every time another form has to be filled in, but this is my first contribution in income tax.

The next time I see any sort of federal employee in uniform, I'll look closely at one of their buttons, and muse to myself.  "I might have bought that very button for the United States Of America!"

Or the flag being hoisted over the capitol..... No. Not the whole toggle, but maybe  a little of the varnish on the toggle on the up-haul rope, maybe I bought that.

The World is Still Askew 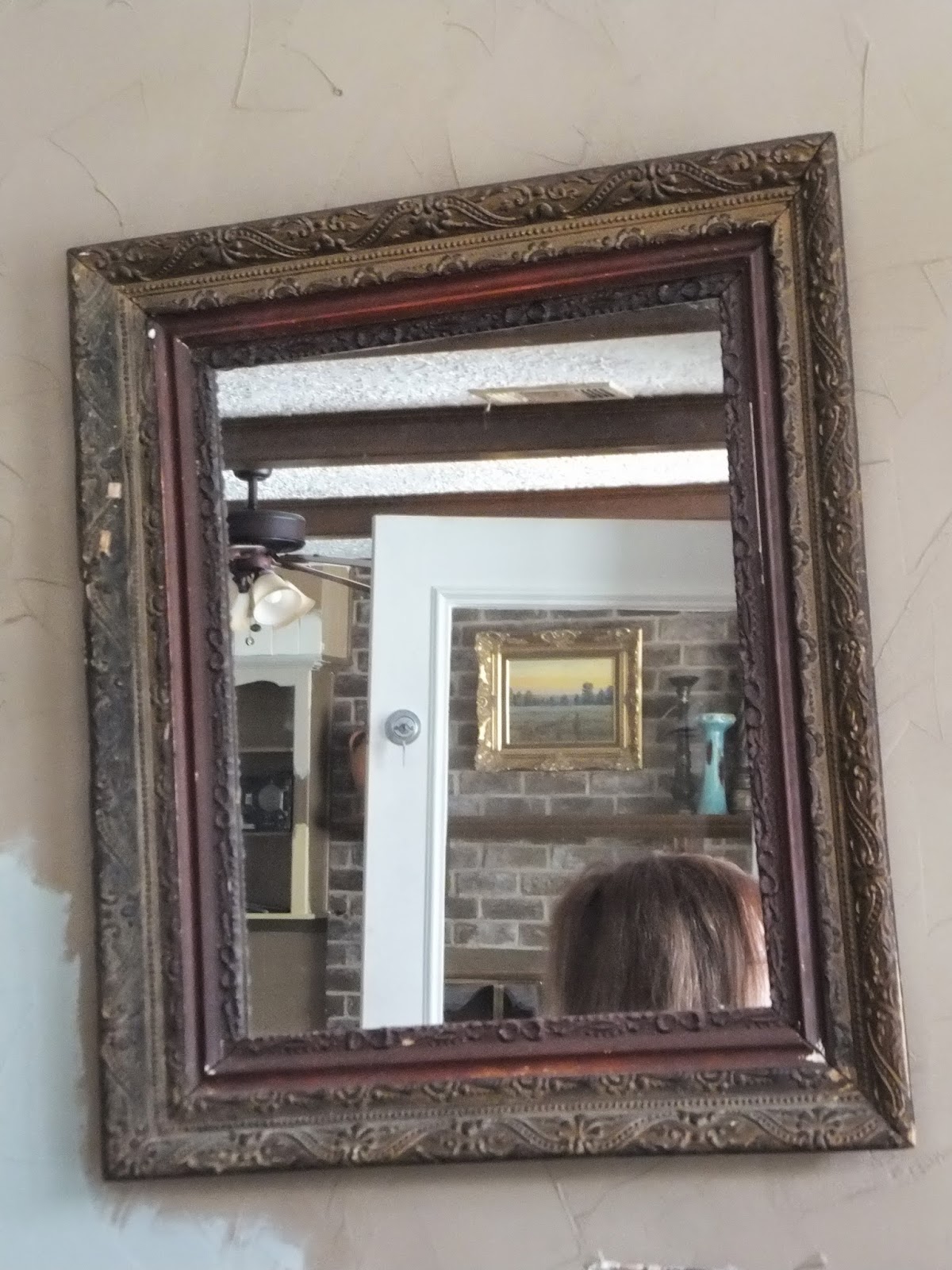 Almost a month since moving day, and a lot's been happening, furniture moves and moves again, walls are patchworks of tester paints.
Our local big D.I.Y. shed's profits are up, from all our visits.The latest purchases I made there were not inconsiderable. In the world about us, it seems grass-cutting and gardening are inevitably the province of teams of mexicans.
I did not, as a kid, automatically get pocket money. My basic cash income from my parents was................ nothing, there were chores to be done, and, should I complete them all without having to be nagged, coerced, threatened or whipped, then my palm might be crossed with a tiny spot of silver.
Or brass. In Yorkshire, we say "Where there's muck, there's brass", which is all about the concept that people don't want to do their own dirty work, they'll pay others, less fastidious, or more desperate, to do it.
So in Texas. Mexicans do the dirty work. In England, I cut neighbours' lawns, trimmed hedges, raked leaves, tilled the earth, washed cars..... Until, of course, I reached the grown-up world. Actually, it never stopped. It still hasn't. So today I have been cutting grass. Weeding weeds.  Call me José.
Back in my youth, we had old Atco mowers, powered by single cylinder Villiers engines. Magneto ignition, kick-start (well, they were small motorbike engines, so kickstarts were the thing....) And usually, especially at the beginning of spring, they would not start. I would get mad and frustrated, juggling the controls, choke, mixture, slow running screw...
My dad would say, if it won't start, there's a reason. Find it.
So began my introduction to mechanics. I would do  my diagnostics, was there fuel to the carburettor? was it primed? Was there a spark at the plug top?
if yes, then was a jet in the carburettor blocked? 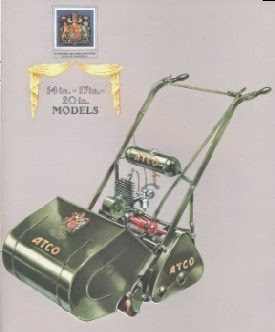 I learned to lay out an old newspaper, and then to strip, clean, and rebuild the carburettor, later, to strip and rebuild the whole machine. I learned that poor tools and ill-fitting spanners (wrenches) mean bloody knuckles, pain, rounded off nuts and more grief. 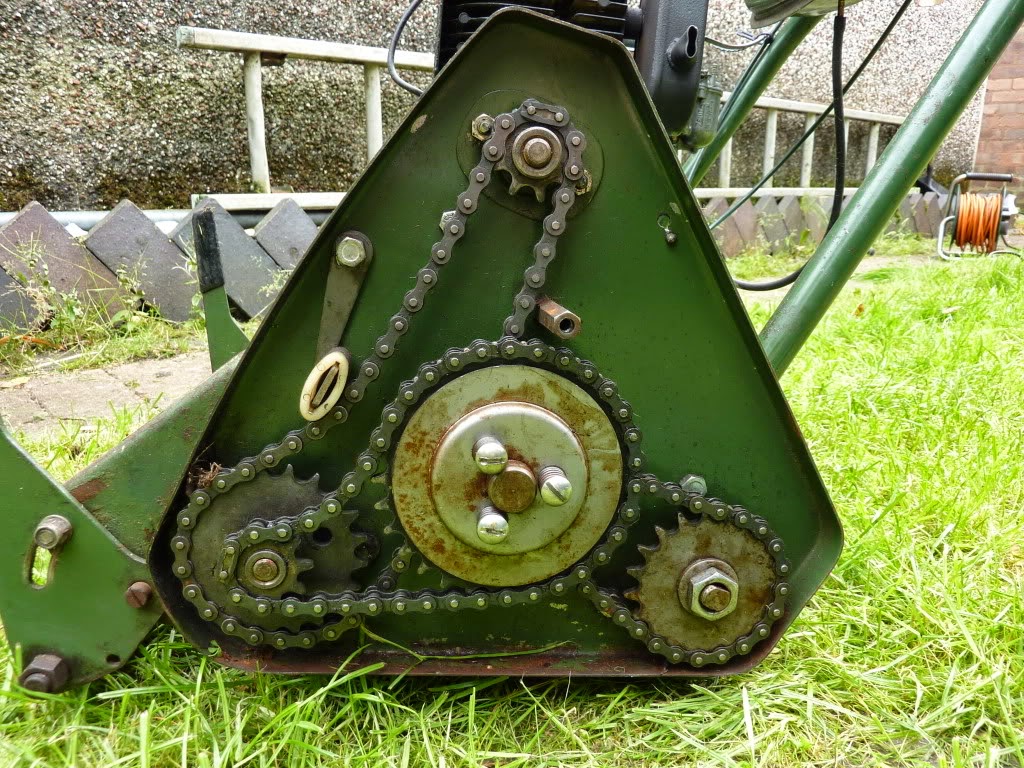 This one's more modern than ours... Look! a plastic (nylon) chain-tensioner. New-fangled nonsense!)

My early teens taught me a whole lot about figuring out how things work without the aid of a manual, and that when something doesn't work, there's a reason. It's not fate, it's not that it's being stubborn, there's something that can be found and fixed.
Valuable insights.....
So, back to the present. I bought the new lawnmower, the store offered me a 'home assembly service' Ha!  the handle was folded and about six bolts had to be inserted in various places, the engine had to be filled with oil to the correct level, then the fuel tank filled... child's play.
A couple of slow priming pulls on the starter with the throttle closed, to prime it, then, "okay lawnmower, go with throttle up"! BRRRRRRRRRR!
Oh I love it, instant start. Auto choke. Fantastic!
Y'know, it does its thing well enough, but I'm a bit nostalgic for the old atco, and the pleasure of looking on a fresh-striped lawn, the satisfaction of a job well done, the smell of fresh cut grass and hot oil. mmmmmm 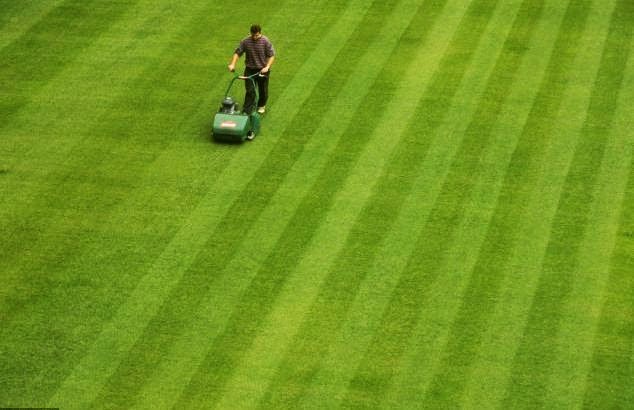 Of course, to get this effect, you have to use the grass-bucket. Which, on our lawn meant that the lawnmower was accompanied by the wheelbarrow, and the clippings had to be regularly  wheeled off to the compost heap, rolled up it on a plank, then tipped. Over the course of a summer, it became the compost mountain. And last-year's heap was to barrowed to the various flower and vegetable beds to be top-dressed in.

Now, rotary mulching mowers just thrash it all to bits and drop it back. So much easier. Mind-bogglingly so.

Another garden-related purchase, the strimmer, which gets its name from 'string' and 'trimmer'.  Although in the U.S. it's known as a weed-whacker.
Back in the old days etc... Oh my god, off he goes again.... Well, not so far back, the company I worked for had several, old Husqvarna and Flymo, and Stihl ones.
They died because various people, most lately, our old labourer, Pete, were not very good at remembering that two-stroke engines need a fifty-to-one mix of fuel/oil to run. Just petrol (gasoline) will kill them, because the bearings are lubricated by the 1/50th oil in the fuel.
And that's why two-stroke (two-cycle) motors trail a cloud of stinky blue smoke. (which I quite like the smell of, it's nostalgic). They're also far noisier, but I won't go into the whole 2-stroke valve arrangement.

So we got a newer Stihl, had a heap of those engines. The new ones are lean, clean burners, electronic ignition etc. Older ones can be a pig to start. Usually it's oiled plugs that are the culprit, and of course, over-oiled fuel can be a problem if the muppet who's supposed to use them tips half a bottle where a thimbleful should be, resulting in me having to strip and clean and adjust... And my nemesis, the nasty old pull-cord starter.
There's a knack. And a required amount of vigour. Pulling it that bit too slow will NEVER start it. Oh I hated the Stihl-Saw,  with its stone/concrete-cutter disc. Set trigger to start and lock, press decompressor button, pump primer twice, set choke to full. Pull! Repeat Repeat Repeat....

So I bought a 4-stroke trimmer. No fuel mixing, no blue cloud.  It has a pull-cord. I don't use the pull-cord. I have a little red cylinder thing. Lithium batteried. Press it into the motorhead, click the trigger, BROOOM! - electric start!

Yesterday, I was talking to someone who was telling me about a discussion with a young teenager. And on how when he was younger, cell-phones were just little things that made calls, they weren't smart.
And the poor kid was asking how people found their way around. Because obviously, a dumb phone...... "So how did they get...." "They used maps"...... "But...... how? I mean, how would you USE google maps if you couldn't get them on your phone?".
The kid had no concept of paper maps. Or maps in your head.
We take our tech stuff so much for granted.
I carry a computer, compass, camera, library, juke-box, memory, notebook, global navigator, in my pocket. And  most of the time I forget to be amazed by it.
Ten years ago, it was unthinkable.
Really. Twenty years ago? Oh my.

So where's my flying car, dammit?

Enough for now. I have to grease some sprockets.