I just found this lurking in my Blogger drafts, it's been there a long time and references a blog that no longer exists, sadly:
I encountered a quotation from Franz Kafka.

"A book must be an ice-axe
to break the seas
frozen inside our soul."
- Franz Kafka 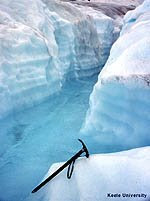 At first reading, with an aerial photograph of a ship in sea-ice, it seemed a fairly clever, and worthy quotation.
But I'm a contrary beast, and something about it niggled me.

After a moment or two, I decided that Kafka was talking nonsensense. Piffle. In a rather nonsensical way. Obviously, Kafka is a towering literary and philosophical genius, so I should desist from rocking the boat? 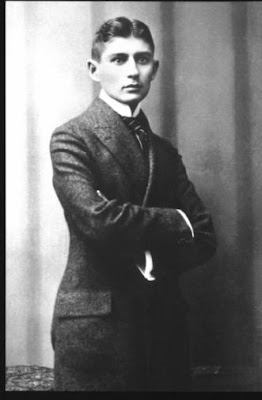 Okay.
Let's just look more closely.
An ice-axe is in modern english parlance, a mountaineering tool. It is used for cutting footholds, as a walking aid, with its pick as a climbing tool, and as a fall arrest device on steep snow and ice slopes.
It's pretty useless for breaking up sea ice.

Ha! I'll be the only voice of dissent shall I?, the grit in the gears so to speak. "A book must be an ice-axe to break the seas frozen inside our soul." I wonder if Kafka meant this? or how else the translator might have rendered these words? Because an ice axe is not a tool for breaking sea ice, I've broken sea ice aplenty, and the ice axe is not the tool of choice. An ice-axe is a tool for cutting steps, arresting falls, anchoring oneself, a safety device, not a breaking out device. And seas frozen inside our soul? only the surface of the sea freezes, a relatively thin crust, thin crust, beneath which life teems, plankton, fish, whales. And the ice is constantly moving, opening, re-forming, ridging.. And a book, an ice axe? Yes, cut steps in the snow, ascend, halt your plummet into the crevasse... I can see it as you do, if I deliberately ignore my knowledge of frozen seas, and ice-axes, but... Sorry Mr Kafka, a clumsy metaphor, I realise English is not your own language, and I can't hold you responsible for the translation, but this this is clumsy. I tracked it down, to the original source. My german is poor.
Kafka wrote in a letter- "-If the book we are reading does not wake us, like a fist hammering on our skull, why do we read it? So that it shall make us happy? My God, we would also be happy if we had no books, and such books as make us happy we could, if need be, write ourselves. But what we must have are those books which come upon us like ill-fortune, and distress us deeply, like the death of one we love better than ourselves, like suicide. A book must be an axe for the frozen sea within us."
Hmm, Mr Kafka, can you explain to the class why, for what possible reason, one might want to take an axe to the frozen sea? Not your mythical interior one. Real sea, real axe. What reason to conjoin the two? Perhaps, class, that shall be your homework. And Mr Kafka? I realise that as a young man of twenty, you think you know everything, I wonder how you'll view those words when you are a bit older and wiser.
Right folks, axes out, I'll start running.
How dare he question Kafka?!!!!!

If you want to break sea ice, an icebreaker is quite handy. 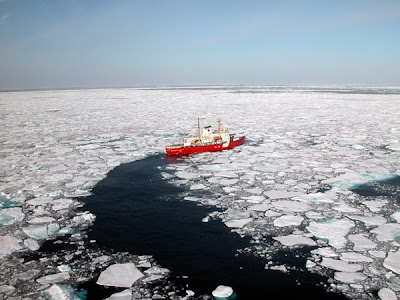 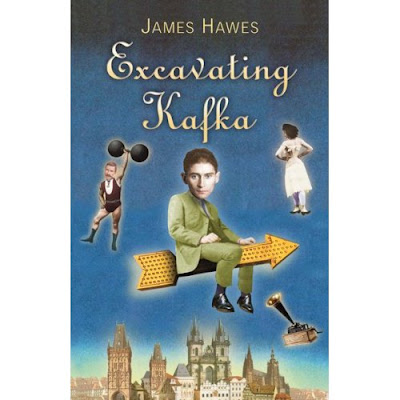