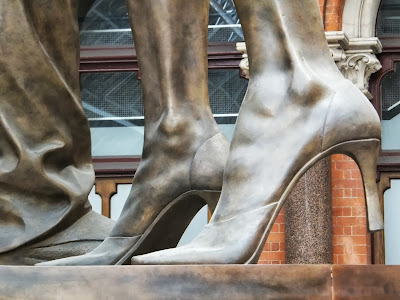 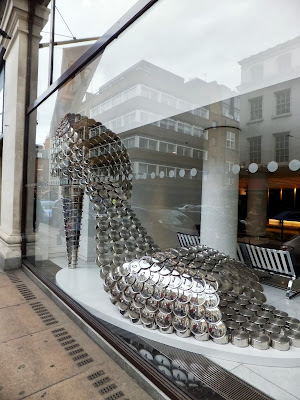 A giant shoe, made of stainless-steel saucepans. 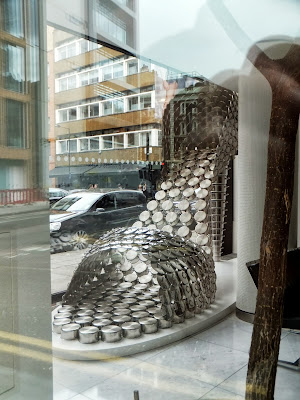 I have no idea whatsoever what the subtext or rationale for this is.

If it was supposed to sell shiny pans to the pointy-heeled, I doubt it would be successful.
As for me, I can't even remember where it was. Somewhere to the north of Mayfair? 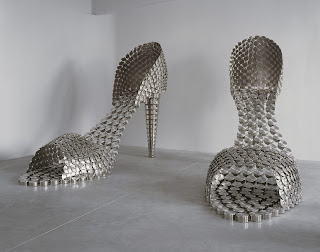 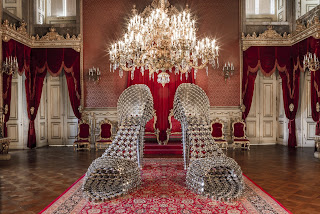 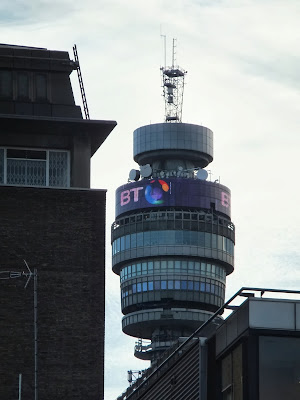 Alas, it's not really the Perfesser's not-so-secret hideout.


But if my alter-ego, Perfessor Soupbucket was real, he'd need some truly impressive places as secret lairs. You know the drill, hollowed-out volcanoes, and buildings that turn out to be inter-galactic space-ships. The Post-Office Tower (later known as the British Telecom Tower, the Telecom Tower, and more recently the BT Tower) was completed in London in 1966, and was, in its day, a modern marvel, complete with rotating restaurant at the top. It was a great place for sightseeing, with its panoramic view of London, but sadly, in 1971, at 4:30 one morning a bomb planted by the Provisional IRA, an Irish terrorist group, exploded in the upper section, causing a lot of damage, but no injuries.
Despite that, it was seen that the tower, being open to the public, while being a core part of Britain's microwave radio network, was too tempting a target, and public access was stopped. Which is a great pity, as I've always wanted to go up there, 600+ feet, not too impressive to New Yorkers, but it's still above most of London.

Worth mentioning is the fact that, despite it having become one of London's great landmarks, and being very obviously visible, it was actually secret. Oh yes, that's why I chose it as my lair, because it's secret.
It was designed to withstand hurricanes, war, and civil collapse. The lower floors were packed with hardware to ensure that even if London's power went out, battery banks and generators would keep communications working, even if the country's cabling was destroyed, the microwave antennae would communicate with distant towers. It was part of a secure signals network called 'Backbone'. It is, as were many other microwave relay stations around Britain, cylindrical, because cylindrical buildings best withstood nuclear blasts in Hiroshima/Nagasaki.
So it was a secret place, under the meaning of the official secrets act. It was illegal to take photographs of it, despite the fact that for a while it was the most photographed building in London.
In fact, until the 1990's it did not appear on Britain's official Ordnance Survey maps.

Its secret status was referred to by MP Kate Hoey in the House of Commons, in 1993:
"Members have given examples of seemingly trivial information that remains officially secret. An example that has not been mentioned, but which is so trivial that it is worth mentioning, is the absence of the British Telecom tower from Ordnance Survey maps. I hope that I am covered by parliamentary privilege when I reveal that the British Telecom tower does exist and that its address is
60 Cleveland Street, London" (Hansard col.632). 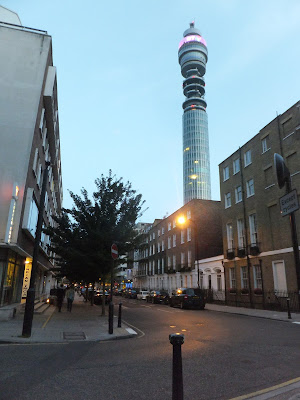 Below is a mock-up of the Perfessor's evil mad scientist laboratory.  (It's really a laboratory in the University of London.) 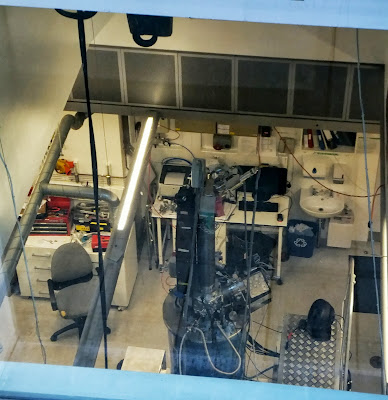 The perfessor's lair might well be lit with illuminated lab-flasks, as seen here in the very pleasant cafe area of the Wellcome Collection in Euston Road, London. 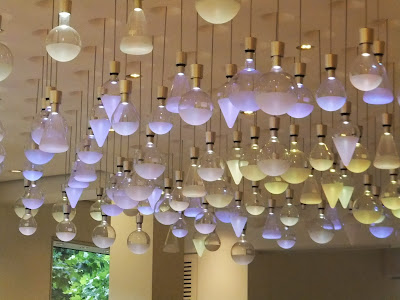 There are galleries above, full of interesting things, but, sadly, most are closed until spring 2014 for major refurbishment. Still, the cafe's a great place to rest your tired feet, sip some great tea, (or coffee), and peruse a book from the excellent medical/scientific bookshop which shares the space. 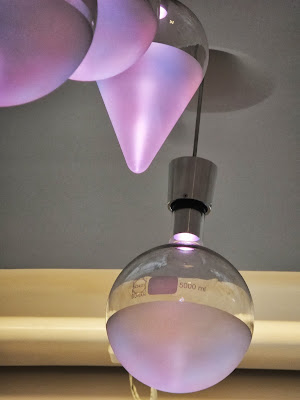 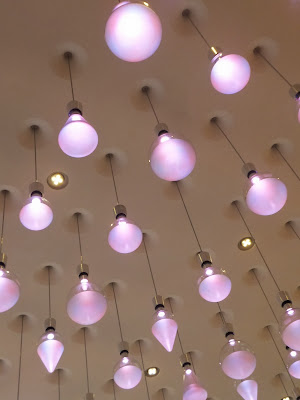 Where else would you be able to see a bacon-thin slice of a whole human? 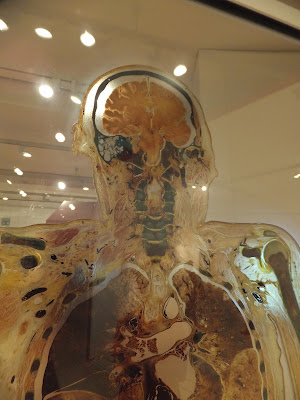 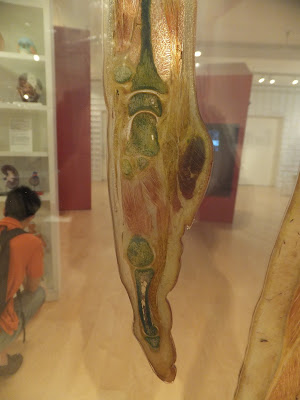 Interesting for me, who's never attended a dissection, to see, in reality, these slices of structure,the distribution of fat in the hand. 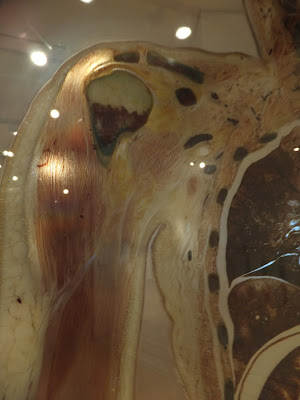 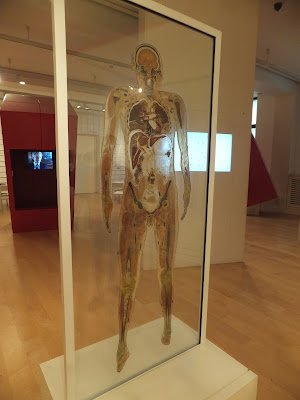 The exhibit was accompanied by a video, travelling vertically through the body in the form of slices as seen by a scanner. 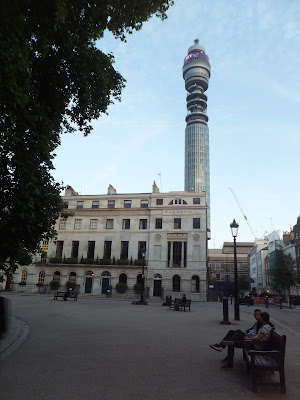