There's a World Going on Underground

This week, well, the last three weeks, really, have been mostly about rainfall management after the floods. Suction tankers, jetting tankers, underground pipe detection, myth, and legend.Below the industrial site where there has been a problem, there's an overgrown no-mans-land, of bramble and trees, and discarded junk. Somewhere beneath there, there are drains.
And two of them are at least partially blocked. In steady rain, they'll work fine, in heavy rain, well, if it's not too heavy, they'll cope, in a downpour, they'll be unable to carry the load. And then the water starts to rise up in the catch-pits, heading up toward the heavy iron covers. And if the rain is a deluge, they'll just overflow.
So, the first job is to open every chamber on site, and clear it, either by hand, shovelling, or by suction into a big vacuum tanker, or by washing down with a high pressure jetter.

We did all that, and found problems outside the site's boundaries. Some of the city's drainage guys had a look, passed the buck, multiple agencies pointed responsibility at each other, and promised action, but not in this lifetime. We have tenants whose businesses are at risk if there's a repeat of the storm we had two weeks ago, so we decided to find the problems ourselves.
First job was clearing the spiky undergrowth from the edge of the mill. 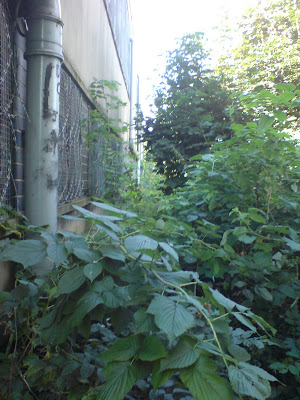 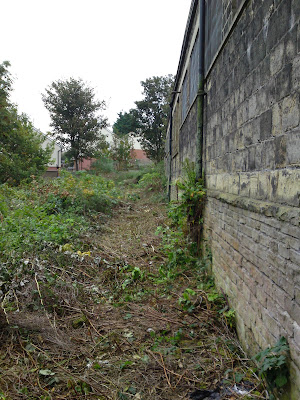 There are foxholes under all this, the foxes are not happy about our intrusion into this world where humans seldom venture, they retreat, deep underground, or flee in a flash of reddish coat, and white tail-tip. 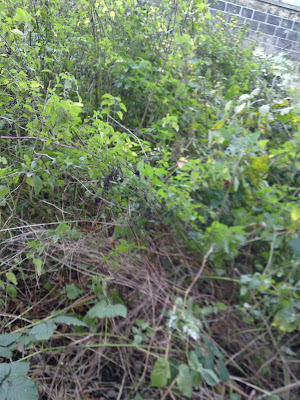 Then we work off the drainage maps. "Approx line of existing surface water sewers".... Hahaha! a work of fantasy and fiction. 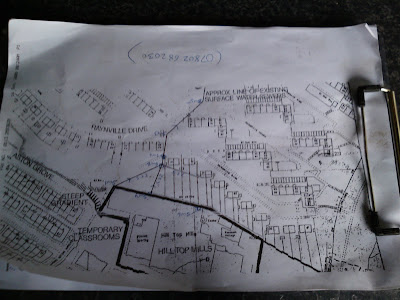 You find a manhole, and stick a camera in the pipes, 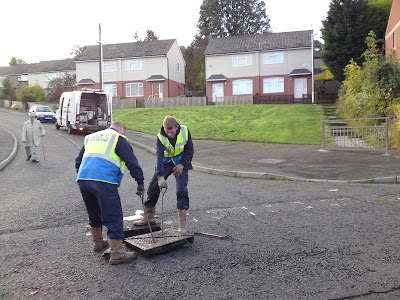 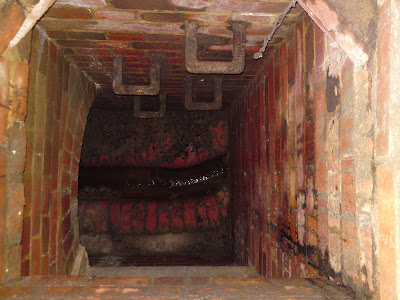 The camera is on a four-wheel drive chassis, it clambers along, sending live video back to the van, via the cable it drags behind. 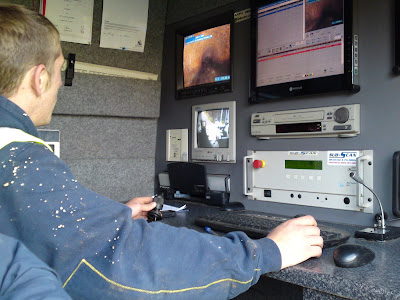 Our regular camera survey man is a virtuoso of camera control, he guides it past roots, over steps, rocks, debris, engages traction-control over the slippy sections.. rotates the camera head to look at pipe junctions, distortions, cracks. We find some evil things. Broken and displaced drains. 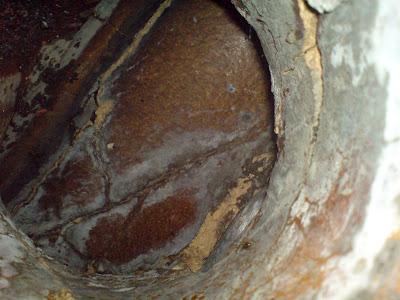 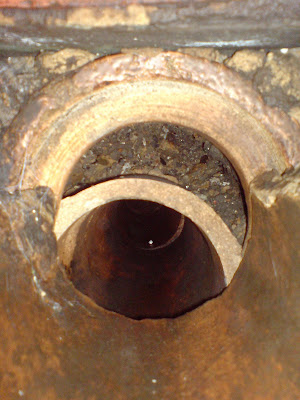 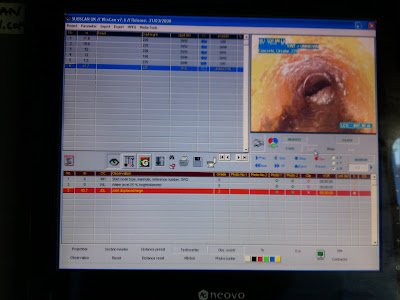 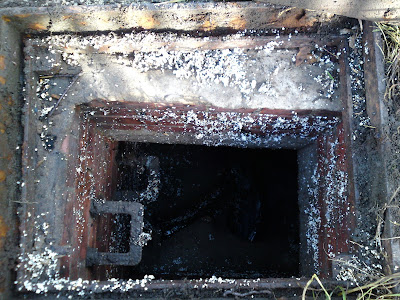 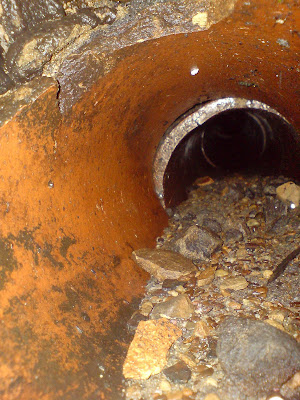 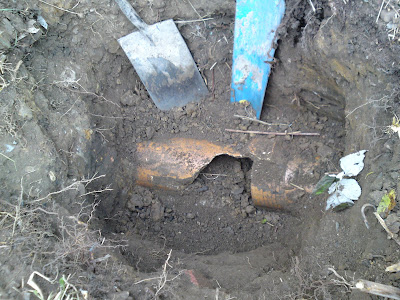 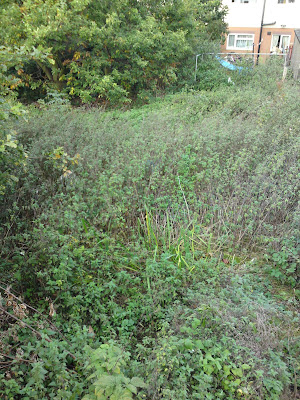 from this..
to this! 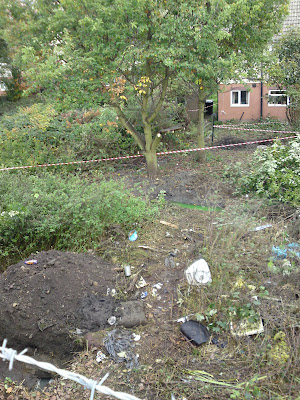