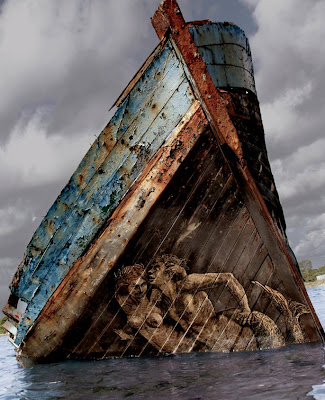 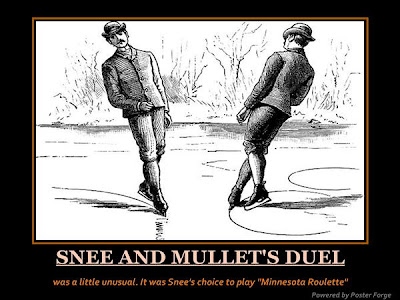 Posted by soubriquet at 4:15 pm No comments:

Oil Disaster off Australia. The front fell off.... 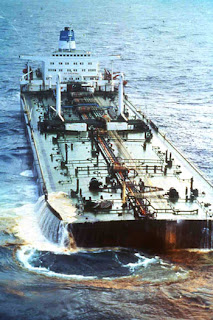 "During the latter part of the voyage, the vessel encountered rough seas and heavy swell with predominantly west to south westerly weather. Problems were first noticed at about 2200 Western Standard Time (WST) on Saturday 20 July when it was found that the forepeak ballast tank had filled with sea water causing the vessel to trim by the head. The vessel was about 55 nautical miles (nm) north west of Lancelin. At about 2000WST the ship was noticed to be down by the head. Speed was reduced and course altered to 090T to bring the weather on the beam and ease the effect at the bow. Efforts to pump out the tank were unsuccessful and it was found that serious structural damage had occurred to the ship's forward hull section. At the time of the incident the wind was westerly 35 knots and a gale warning was current.

At 0300WST Sunday 21 July the damaged bow section broke off causing the collision bulkhead to fracture and expose No.1 cargo tanks to the sea. Cargo oil was spilled and subsequently fire broke out from the bow, probably as a result of arcing from exposed electrical cables. At this time the Kirki was 24 nm south west of the West Australian fishing village of Cervantes, 245 kms north of Perth. The weather was severe, force 8 winds from the west/south west, rough seas and heavy swells."
Posted by soubriquet at 7:22 am 2 comments: