Can We Fix It? 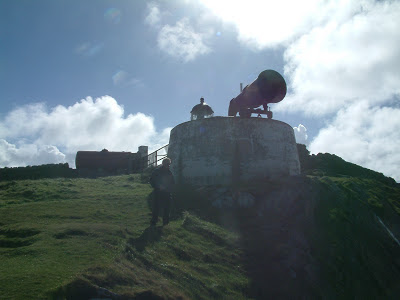 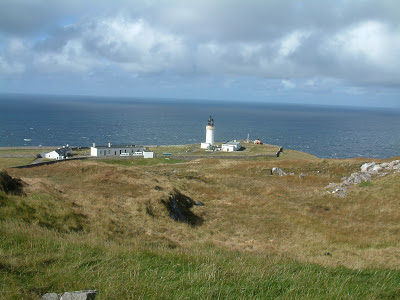 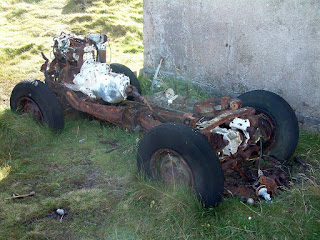 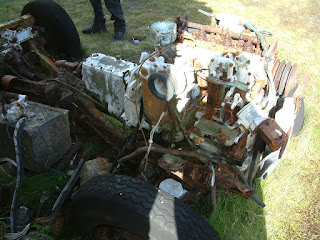 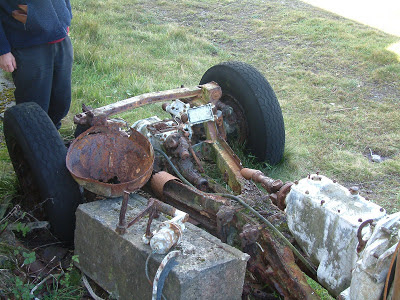 No.
The sad truth is that, despite my legendary optimism, even I know this has gone 'beyond'.
However, I'm wondering if any of my readers can identify the vehicle, here are a few clues. Rolls-Royce engine. 4WD. Transfer box on rear axle, Torsion-bar suspension.
In Texas, I saw vehicles much older than this in retrievable condition. But what we see here is a result of fifty or so years on a headland, on the fierce Cape Wrath, the most north-westerly point of mainland Scotland, beautiful, but bleak. Salty air and sea-fogs, enemies of metal vehicles. 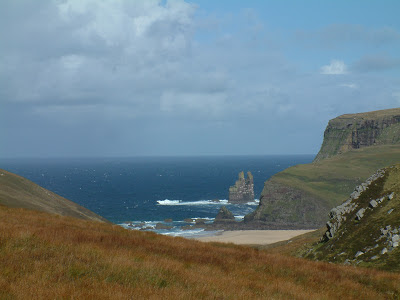 Update, Monday 7th January:  The Winner is......................... THE PIRATE!!!
100% spot-on accurate identification.
However, the Champ was only made from 1952-1956, it was discontinued long before BLMC took over the Rover car company in 1968. There was a civilian variant, but only about 500 vehicles were sold, the military, both U.K and Australian, bought almost all the champs ever built.
The 'sealed unit' engine is a bit of a misnomer, the axles and gearboxes were sealed, as were the instruments, and you could drive the early ones in 2'6" of water without further modification. Later ones, only 1'3", if I recall. But, with a bit of effort, you could fit 'wading plugs' and a few other bits, including a snorkel, and the champ would drive along, fully submerged. For a while. Then you'd have a heap of maintenance before continuing. Why such a short life? Well, apart from offering a comfortable ride, the champ did little that a Land-Rover couldn't do, at half the price. The army found Land Rovers to be more versatile, so the Champ contract was cut short. When the army wanted no more, the champ production line stopped forever.
Commended: This award goes to Relax-Max, for identifying the manufacturer.
Lee: Hobbits? Ach, they're machine-phobic luddites! 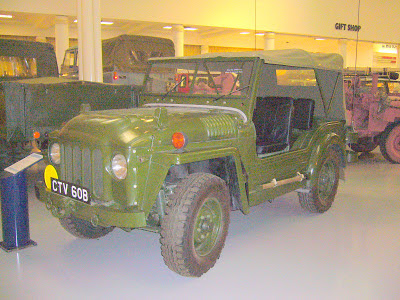