Yves Rossy. First man to fly across the English Channel, by jet, without an airplane. 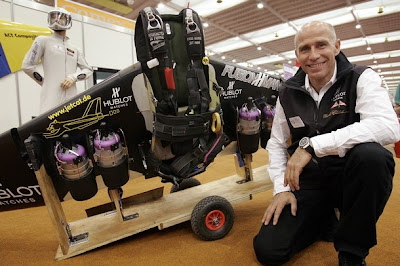 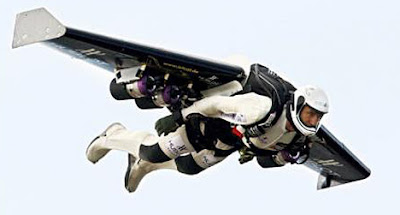 I need not say much here. This is a man who had a dream of flying, fast, without a plane. All the Buzz Lightyear jokes have already been made. Yves Rossy, a man with a history as a fast-jet pilot, "Yves has served as a fighter pilot in the Swiss Air Force, flying Dassault Mirage IIIs, Northrop F-5 Tiger IIs and Hawker Hunters. He also flew Boeing 747s for Swissair and now pilots an Airbus A320 for Swiss International Air Lines." 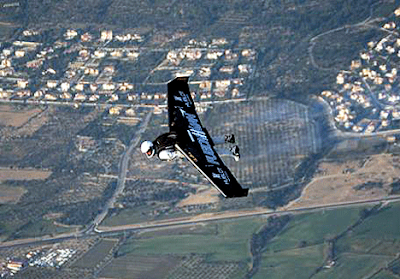 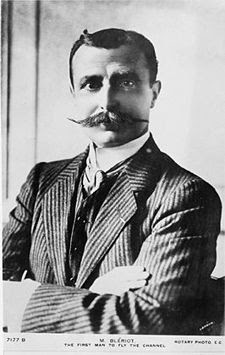 Rossy flew the route that Louis Bleriot flew, in 1909, when he succeeded in becoming the first person in powered flight to cross the channel, thus winning the (then)huge prize of £1,000, put
up by the british paper, the Daily Mail. 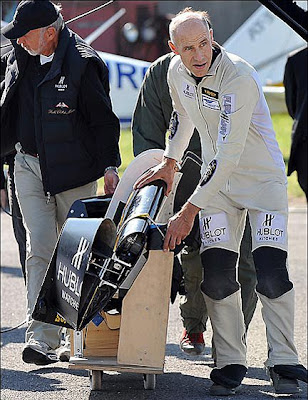 Bleriot took 46 minutes, Rossy took just thirteen minutes.
So far, he can not take off and land under power, he is lifted to altitude by a Pilatus Porter turboprop plane, from which he jumps with four jet engines idling, but then he accellerates away, under control, and truly flies, he can climb, manouevre, maintain level flight. He is working on greater duration, and his dream is to become fully aerobatic. To be fair, he's not the only person trying, like Bleriot, there are rivals, but Rossy's achievement is at the peak of the game.
Some people laugh, and say he's "only a parachutist with a powered interlude".
Yes. Like the Apollo crews were just parachutists with a big firework to take them higher?

This man's bravery, intelligence, and determination are second to none.
See here, another jet-powered man... no wings.