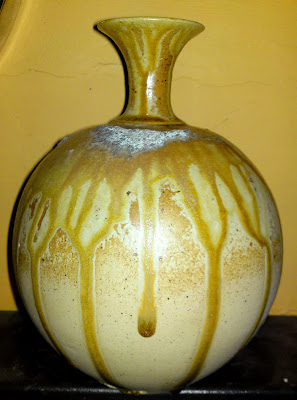 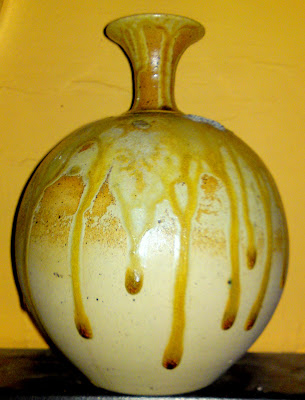 I've been digging through my archives, finding old pots, still wrapped in late-eighties newspapers, this one went off with a group of others to a gallery in York, but I changed my mind and took it back off the display. I'm glad I did, finding it, today, in a box in the basement was like finding an old friend.
The glaze is ash. Wood ash. Ash-ash, to be precise.... Near my house, a big ash tree came down in the great storm of 1987, (which was the most severe storm recorded in England since 1703), and though the larger pieces were removed, most of it was burned where it fell.
After the ashes had cooled, I shovelled some up, sifted, washed, dried and stored it, to use as a glaze ingredient. However, I did experiment with using just the ash.
This and about twelve other bottle/vase forms were fired with dry ash sifted over them, (I coated the kiln shelves with a deep coat of batt-wash, to absorb and reduce the damage from any runs, and I fired each pot on top of a plain bisqued clay tile). The ash on some ran excessively, sticking them to the tile, others coped better, this being my favourite.
Some patches of ash, on the shoulders, did not melt and run, leaving a rough, raised patch.

The firing was in an electric kiln, neutral atmosphere, to Orton cone 9, 1280 degrees C. 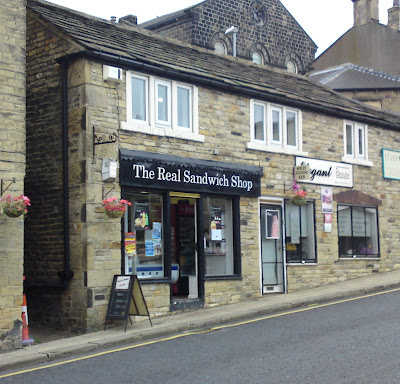 The Fake Sandwich Shop is further down the street.