Years ago, back in the dark distant past, I had a customer who collected anything to do with pigs. She was a regular buyer of piggy banks, but one day she came in and said "Could you make me a piggy-lamp?".
So I did. Whilst it was sitting on the shelf awaiting firing, several other people saw it and asked for one. So they went into limited production. My mother kept one, and eventually my brother claimed it.
He recently took these pictures and sent them to me. 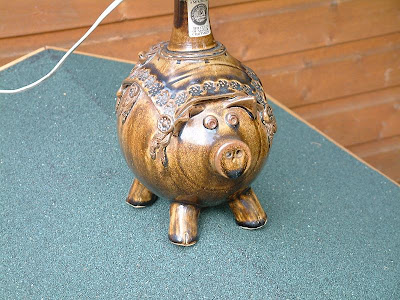 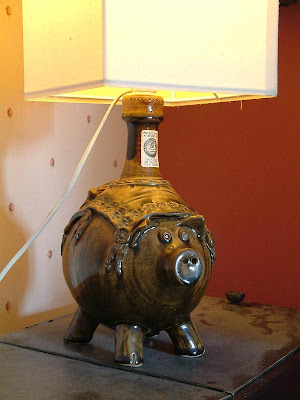 Why's the sticker still on it? I really don't know, I peel stickers OFF!, but the sticker says, alongside a nice little mediaeval style image of a woodcarver, "Produced by a Member of the Guild of Master Craftsmen".
The guild claimed it only accepted real MASTER craftsmen as members, but in reality, it took cash, with few questions, in return for membership. I expected to have to prove my worth in a selection process. But the guy who interviewed me knew NOTHING about pottery.
I paid up, and I was in.

However, my customers loved the logo and stickers, because it reassured them that this stuff was really good, it must be, because it's got this sticker, see, that says it was made by a member of...... 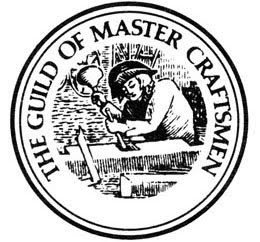 (Logo used for illustrative purposes only)
( I was entitled to use it, at the time the pot was made, but allowed my membership to lapse, long ago.)

I always felt a little guilty about it, knowing that the Guild had not screened me enough to be a guarantee of anything. But undeniably, membership of it was worthwhile, it sold pots.

Maybe I'll start an international Guild Of Master Potbloggers. Send me a bunch of money and you can join.

Disclaimer:My comments refer to the Guild as it was in 1986, or thereabouts. It may be a very different organisation today, it still exists and has a website, Here.
Posted by soubriquet at 5:22 pm 7 comments: 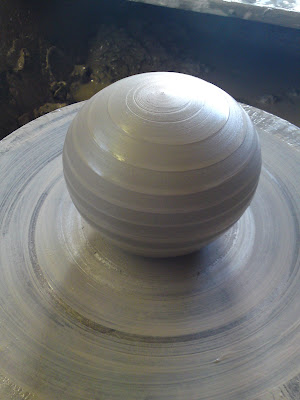 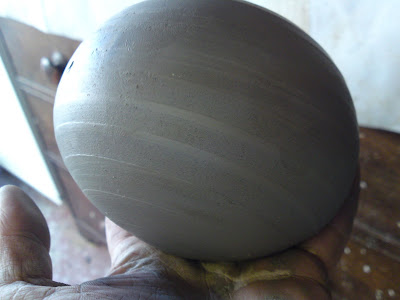 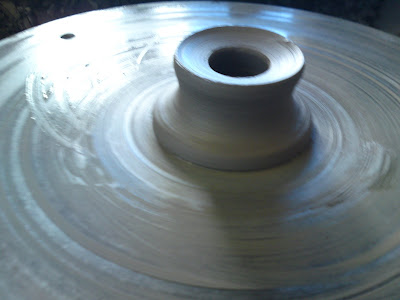 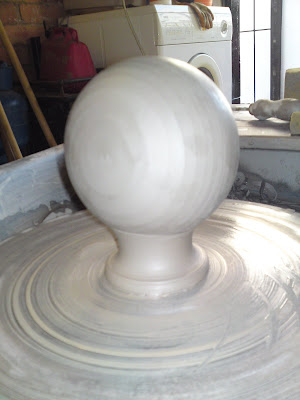 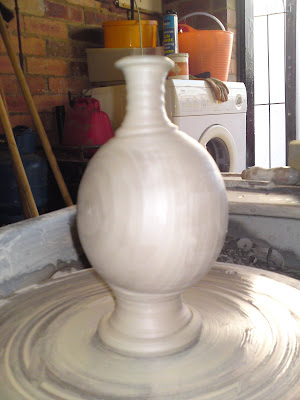 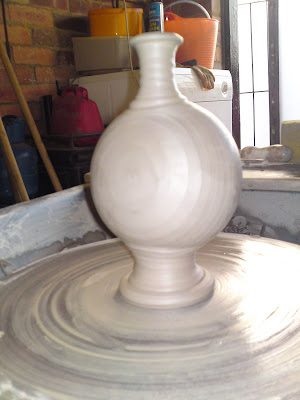 Then come the guffaws... when he realises he didn't put it on straight...
Doh! 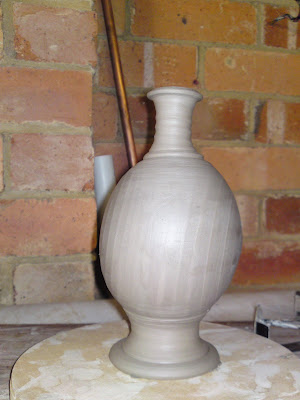 Still, let's call it a "proof of concept piece", like those motorshow cars that don't actually go.......
I mean, I could come back and do one right, yes?

Might have to put a light in, I throw facing the open garage door, which means the bit in front, and on the right is poorly lit against the bright outdoors. That's my exscuse, and I'm sticking to it.
Posted by soubriquet at 5:00 pm No comments: