Mr Soubriquet does not wear jewellery. No rings, nowhere.
But he's intrigued by this: 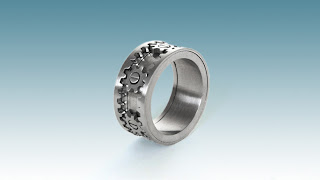 Grit in the Gears might be a problem, but if he owned this he'd always have a toy to fidget with. Actually though, he has a few criticisms, despite the fact that he loves it.


Kinekt Design's Gear Ring   designed by Glen Liberman
(via Boing Boing)
The stainless-steel is a nasty harsh, cold substance. Alas, gold and silver are too soft and malleable for this sort of mechanism. The squared edges could do with radiusing too. The makers describe it as having six precision gears. I'd quibble, and say a precision gear-maker would perhaps call those semi-precision. A little bit of dirt, goo, or grit might be a big problem. The model in the videos has hairy fingers. I winced at the thought, even though my fingers are not hairy, and no, I do not shave them, nor do I have them waxed.

A hundred and sixty five dollars? I can think of toys I'd have more fun with for that money.

(a thing about me none of you know... I was fined at college for damage to the floor of my room. I was stripping-down a Laycock-De Normanville overdrive out of an MGB, and I had to drive a bearing off the mainshaft, and I, er, forgot to put a sacrificial bit of wood between it and the floor.. It was a lovely thing, an epicyclic gearbox. In later years I had one in a Volvo 240. Oh how I love gears.) 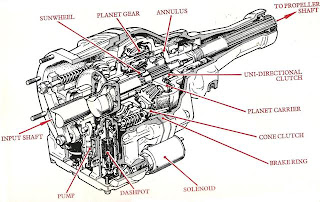