We Have a Private Girls Only Pillow Fighting Room.

What? no punctuation? No clues whatsoever? It could mean almost anything.
Everywhere else on that street, (Guadelupe) has only public mixed gender pillow-fighting rooms. 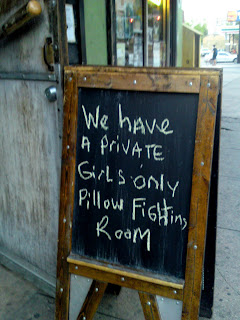 A room which fights a private girl's only pillow?

I think I know what it means. If I was the only pillow of a private girl, I'd be scared if she bought me here.

The Hole In The Wall Bar ,  Austin, Texas. 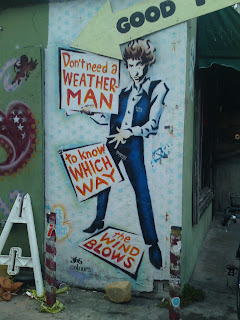 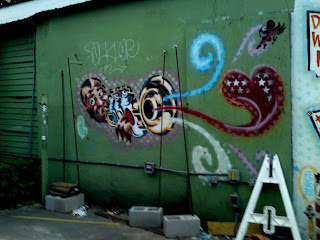 Down the side of the Hole in the Wall...


So, pillow fights? What is it that makes pillows so agressive? Why are they so quick to turn upon each other?
It turns out there's a pillow-fighting league.
And there are Flickr sets of a pillow fight aftermath in Austin, with a stern looking, no smile, bicycle policeman overseeing a group of girls cleaning up a snowfall of feathers on the street. Arrested for feathering?  I for one am allergic to those avian fol-de-rols, arrest 'em, officer! Lock 'em up and throw away the key!

My pillows are of synthetic substances. They have never, to my knowledge, gone even so far as to growl at one another.

RDG:  I might be slow, but I get there eventually!

Oh my... A band with Land Rovers! Around a maypole.