Did You Miss Me?

That's because you flinched when you squeezed the trigger.....

Here's some music whilst I ponder something to post.

I know that I found it tiresome when I was a teenager to have grown-ups rubbishing the music of my generation, but.... I was just boredly flicking through music channels on the tv... From Lady Gaga to niggaz with their pants around their kneez. What a load of crap. And so many of them "singing" with electronically distorted (autotuned) voices, because they can't really sing. The emphasis all on dance moves, costumes, fancy stage sets, lasers, lighting, fog...
Because there's really nothing there, beneath it all. Emperor's new clothes. And every band sounds like the last one.
And I was thinking, as I so often do, like an old fogey... that "It was better back in my day".
Well, there was plenty of crap around. loads of it, to be honest, but. It was more honest. People got up on stage and played and sang. There was nothing to hide behind, no computer auto correcting your bum notes, no pitch tweaking.
I was thinking of bands I saw back then, music I taped onto cassettes at friend's houses, oh yes "home taping is killing the music industry", it's my fault. When I went to college, I took a big box of cassettes, we were all swapping tapes. And we saw bands.
I know. We've been here before, I keep ranting about it. bands. Pink Floyd... David Bowie, Rod Stewart, Moody Blues, The Who, Rolling Stones....
They all played in venues like university dining halls, turned up with a couple of vans, one for the band, one for the equipment. Not 52 40 ton trucks and a corporate jet.
The hall I saw the Moody Blues in was a moderate-sized lecture-theatre. The only concession to rock'n'roll was the psychedelic oil-bubble projector, and the dry ice machine.
Here's a couple of songs. First one's from Britain's 1970 answer to Woodstock, the Isle of Wight Festival.

Now Where Was I? 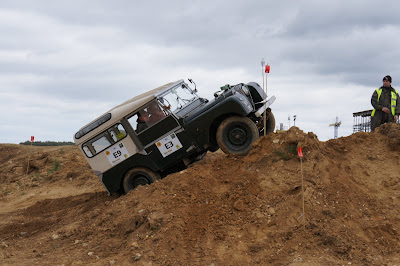 Oh?
I've been away playing. It's the Land Rover National trials. My brother and I decided to both enter and compete against each other in his vehicle. mine wasn't ready, or some such excuse. Anyway, last time he trialled in mine, he broke my gearbox. I drove it for the next nine years without a first gear. I figured this was my chance to get even. 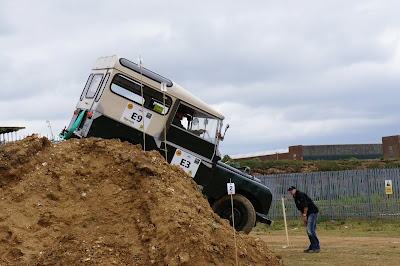 Pah! I failed to break anything. Well, the course was a lot more forgiving than a slate-quarry in Wales, it was mostly sand and flint. 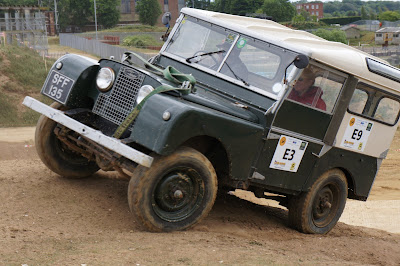 My navigator was his wife. To her credit, she barely screamed at all, though she wasn't very keen on the side-slopes. 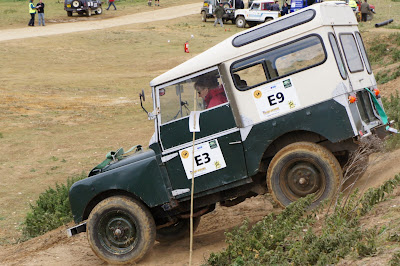 The car is older than its owner. older than me too, it's a 1952 80" Land Rover, with the two-litre side-valve engine. There were othe 80"s in the trials, in other groups, but very few in this unmodified state. Most vehicles were a lot younger, and there were lots of big engines and tyres, roll-cages, fancy suspensions.
We were not fearsomely competitive, he beat me, damn.
I think we, well, he, first acquired this vehicle in about 1994? 95? It was a heap of bits on a trailer. His job moved him away, and eventually he gave up and sold the ongoing project to a friend's son, who, with his dad and uncle, completely rebuilt it. Then, after he'd run it a couple of years, he decided to sell. My brother'd said if he ever wanted to sell it....
So he bought it back.
This trial, though... section one at 8 a.m on sunday was the very first time either of us had ever driven it off-road.
I can reveal that we were placed, respectively, fifth and sixth in class. I will not reveal how many there were in the class, as that might somewhat detract from our celebration. 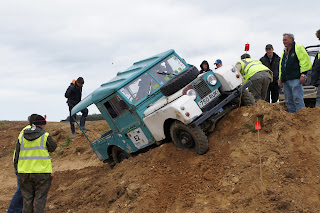 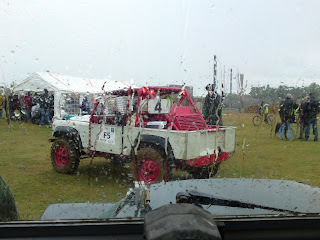 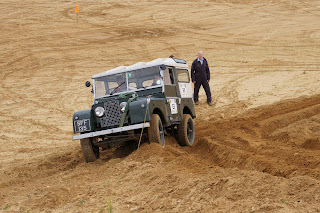 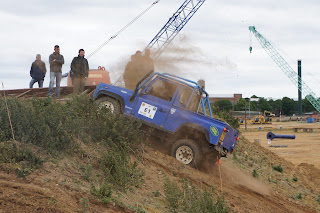 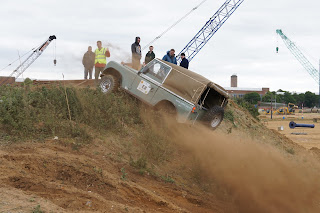 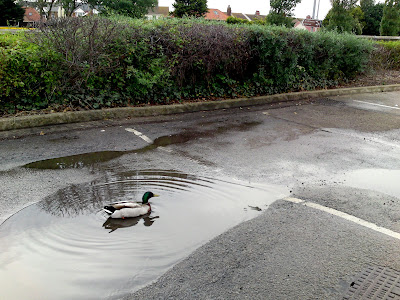 Quaaack! This is my duckpond. Mine. All mine. see?