Brits Complete First Ever Road-Vehicle Crossing of the Bering Straits from Russia to Alaska. 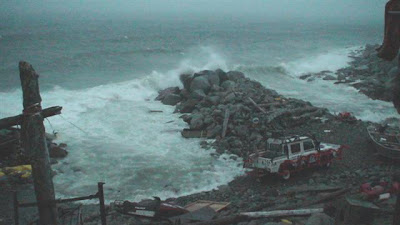 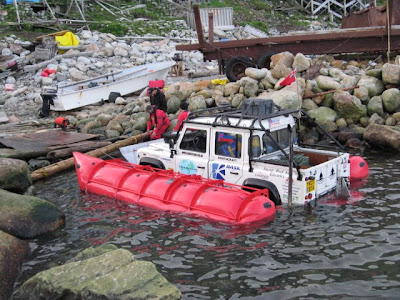 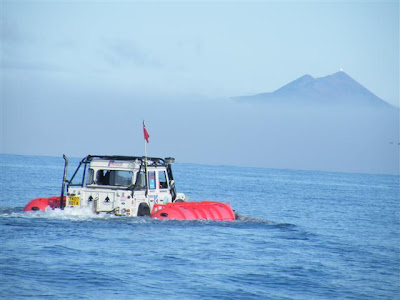 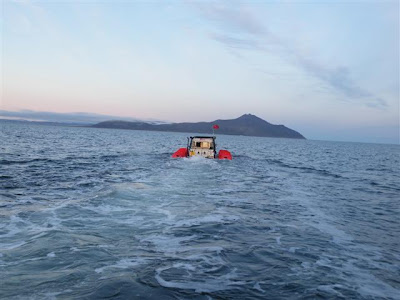 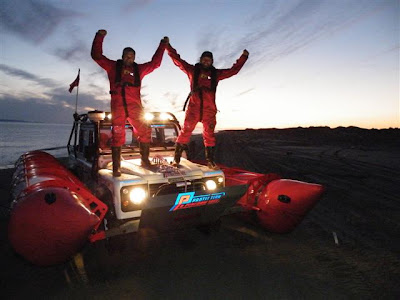 You can trust gritinthegears to bring you occasional snippets of news that have slipped through the cracks in the mainstream media.

I bring you here a report from the Bering Straits, it took a long time to reach this page because I'm a procrastinator with a chance of olympic gold in procrastinating...... If I ever get around to seeing if there's a procrastinating category in the olympics...

I like the idea.
"BANG!" And the runners are off to a good pace, the leaders are now breaking free of the pack and surging forward in the second turn......
AND LOOK! yes, there, in the entry way of this great stadium, we see Great Britain's entry, Soubriquet... he's scratching his head and yawning, looking a bit bewildered.... I think he's about to get changed into his running shorts.... Oh, no, he's stopped to accept a nice hot cup of tea, he's sitting down, oh! he's taken a book out of his bag... he's reading... and it's the Kenyan in front as they hurtle around the final lap, the german is gaining on him, and it looks as if OH! Peru's entry just stumbled, bringing down the leaders as they attempt to lap him... the track is chaos, runners everywhere, falling over the leaders... oh... Soubriquet is strolling toward the finish line, still reading he steps over the fallen athletes.. as he nears the line, sweden and japan's runners are up and sprinting in deadly earnest, Soubriquet yawns again... stops, farts, steps over the line to take gold, sits down and continues reading... this man is the very pinnacle of achievement for procrastinators... see the toothbrush in his pocket?
Yes, at four in the afternoon, Soubriquet is still heading vaguely toward breakfast... A well-earned Gold for procrastination there!!!

What? Bering? oh yes. A first! A first for Great Britain, and a first for Yorkshire!!!!!
The first ever successful amphibious crossing of the Bering Straits occurred on the 8th August, 2008, when an amphibious Land Rover finally made landfall on Little Diomede in the Aleutian Islands, having crossed the international date-line from Russian Great Diomede island, driven by Yorkshire farmer and adventurer Steve Burgess, navigated and abetted by Dan Evans.
The expedition drove on the sea ice of northern Siberia to Uelen, where the land Rover was left until the strait thawed. Floatation units designed for the crossing were attached and they then set off into one of the world's most famously hostile and changeable seas, for Little Diomede, the first point of contact with the United States of America. Storms there caused a delay, but when the weather calmed enough, the team continued the voyage to Wales, on the mainland of Alaska.
http://www.capetocape.org.uk/
Video here... it's in Russian.


Governor Palin, so far as I know, was not present to greet the adventurers.

(It's worth noting that the first ever successful foot crossing of the strait was by a two man team of French/American Dimitri Kieffer and Yorkshireman Karl Bushby in march 2006.)