A Tough Day in the Lighthouse

These Lighthouses are at Raz de Seine, Finisterre, Brittany, France.
Strong tides and thirty miles of rocky reefs cause this area to be a sailor's nightmare in bad weather. 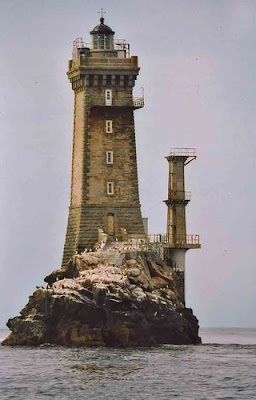 La Vielle was completed in 1887: it was originally manned by two keepers, but has been automated, since the 14th November, (my birthday!) 1995. 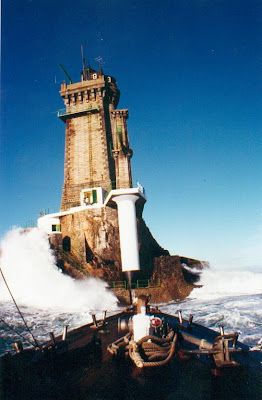 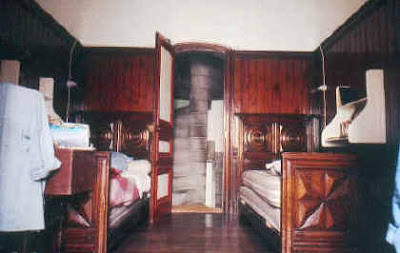 "To the south the water is shallow. To the east and west, mooring is not possible due to marine currents ranging from six to fifteen knots. La Vieille can thus only be approached from the north side, and even then only during the three days either side of the quarter moon, if the sea is perfectly calm. If the sea is rough, swirling backwaters of 40 to 50 metres can be present."

P.S. Such is the odd nature of the internet, and the propagation of ideas and images that I'm no longer surprised when multiple sites post similar things at similar times.

Robert, at A Welsh View
posted the same video on the same day, and I'm pretty sure he did not copy from me, nor I from him, I'd been trawling You-tube for video of storms, and it was a toss-up between this and a trawler in heavy weather off Iceland.
So I like serendipity, and I like the quirky things A Welsh View posts, and I'm 50% Welsh myself, so iechydd da, Robert!, I recommend my readers check out your site. Keep your toes above the waves, boyo!
Posted by soubriquet at 12:43 pm 1 comment: