Yes, In the U.S., folk like their storms to be labelled.
Winter Storm Kronos! That was the arctic weather and blizzards that dumped an almost perceptible amount of snow on us last friday. Kronos!: I imagined a Doctor Who-esque scenario as supervillain Kronos, orbiting earth on a stealth-ship, pulls the levers that set in motion another ice-age.
It brought chaos to Houston, Texas, stern-faced newsreaders looking earnestly into the camera, warning about disaster planning, schools and all manner of businesses closed, temperatures dipped below freezing for a few hours, and a teaspoonful of snow fell.
If I get caught shaking my head in bemused wonderment once more, the sherrif’s department willl probably arrest me for ‘Mocking Texas’. I’m sure they’ll have a law of that kind. 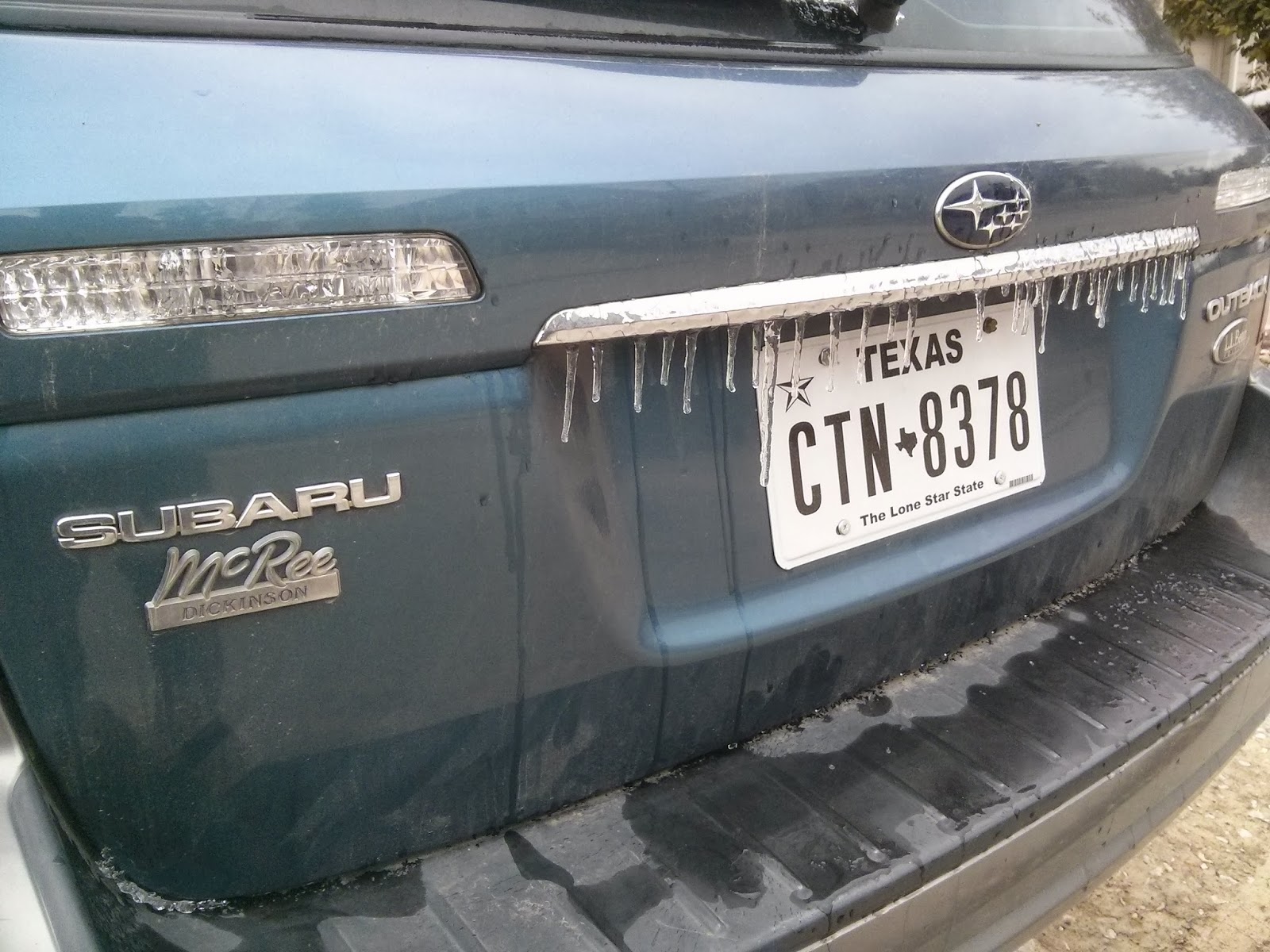 The schools were all closed again, yesterday, for ‘Winter Storm Leon’. No snow fell around here, but the tough guys of Texas cowered indoors. Ice is for inside a drink, or to skate on in a nice heated hall, when it gets out in the wild, they don’t know what to make of it. 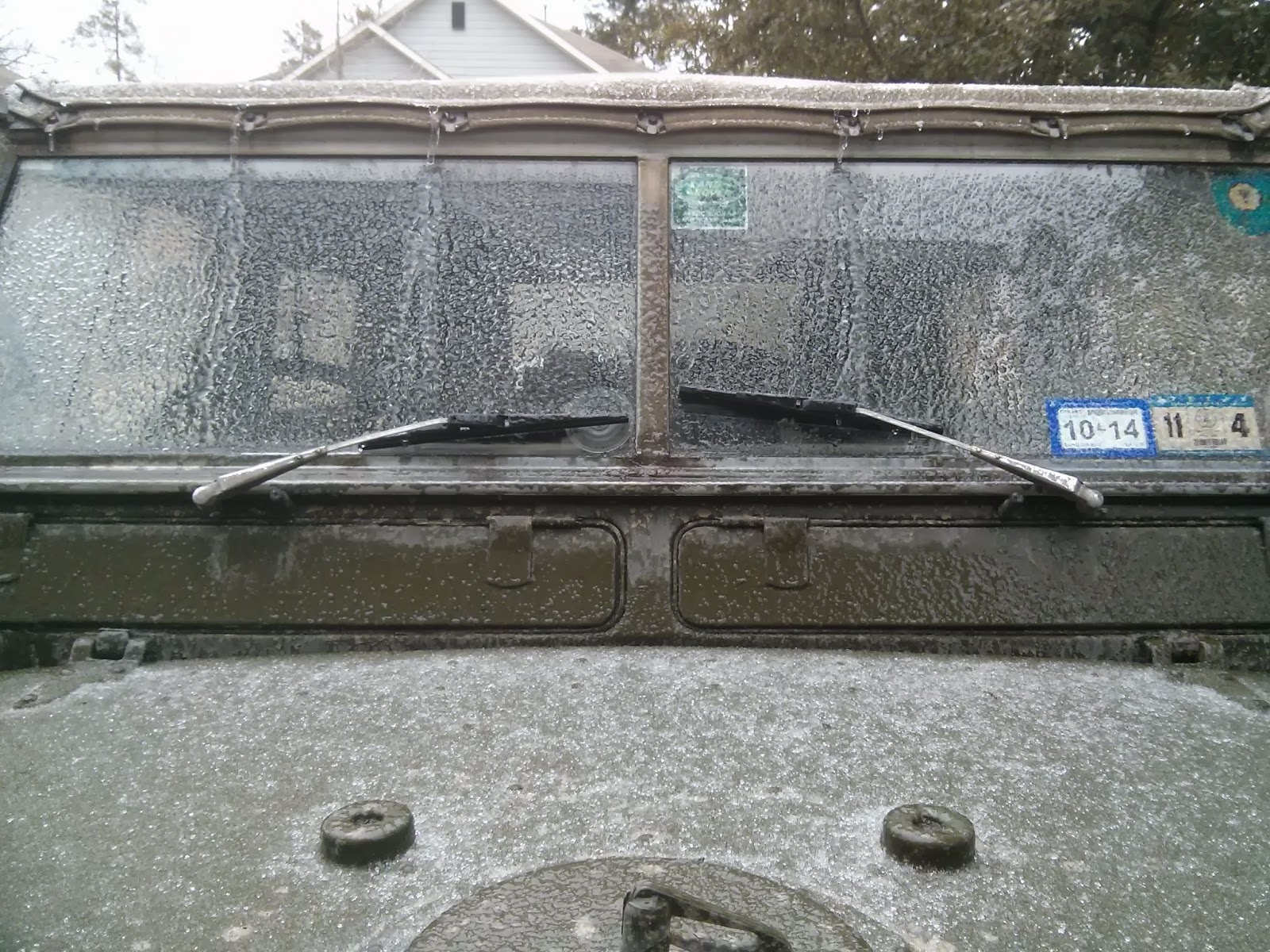 If Britain did that, I kind of doubt the thrill would be quite the same as in "Winter Storm Bert", or 'Harry'.
Or Winter Storm "Tea and Crumpets".
Nonetheless, fearsome weather conditions have returned with 'Leon'.
The Woodlands is in the coastal plain designation, despite being 80 miles from the coast. Just north of here, the land rises slightly, and there is a corresponding weather-step, they get snow more than we do. i.e, they get it very rarely, we get it almost not at all. Mind you, for a people who normally live in sweltering heat, a drop to a normal U.K.  january temperature is terrifying. 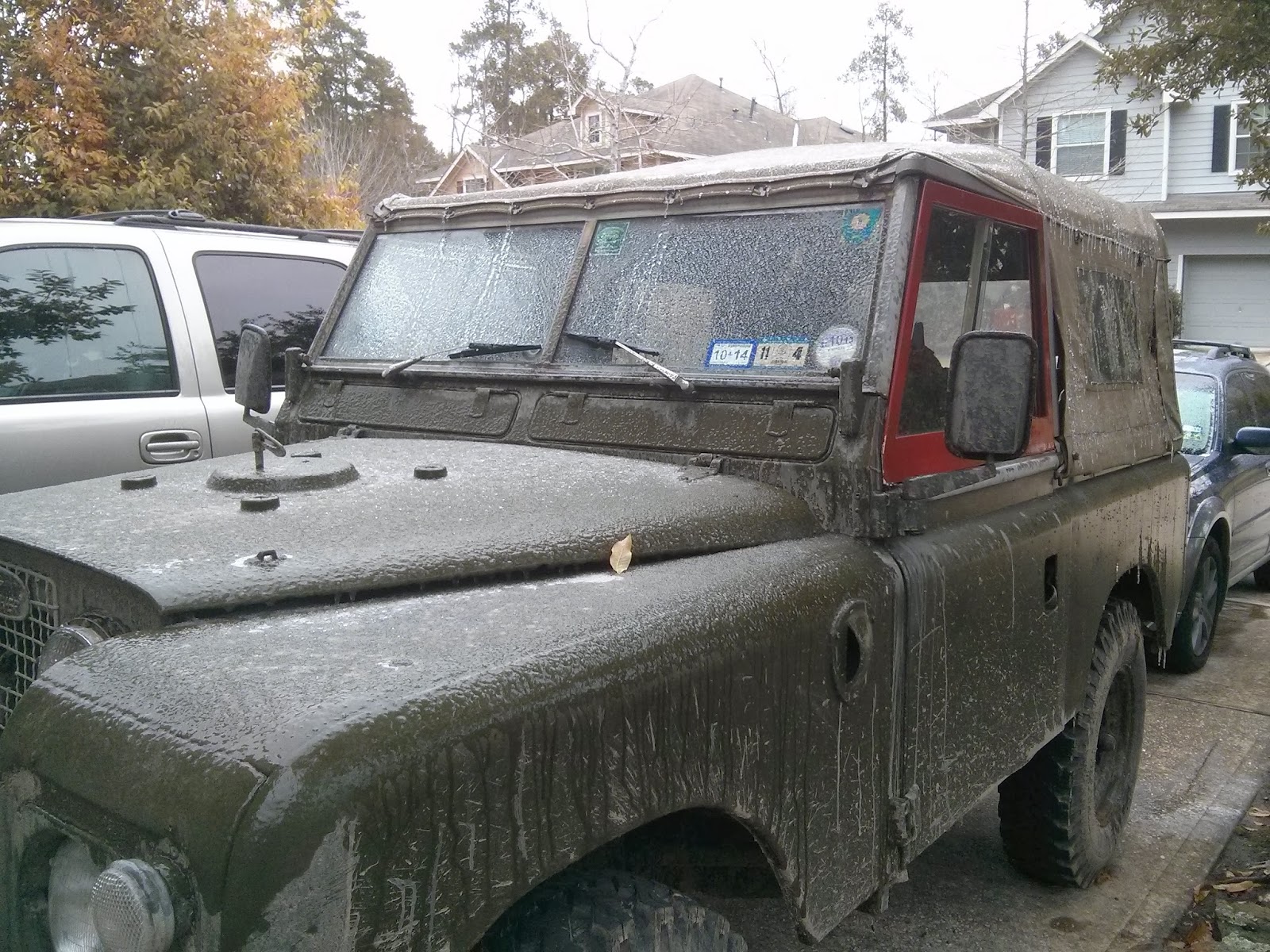 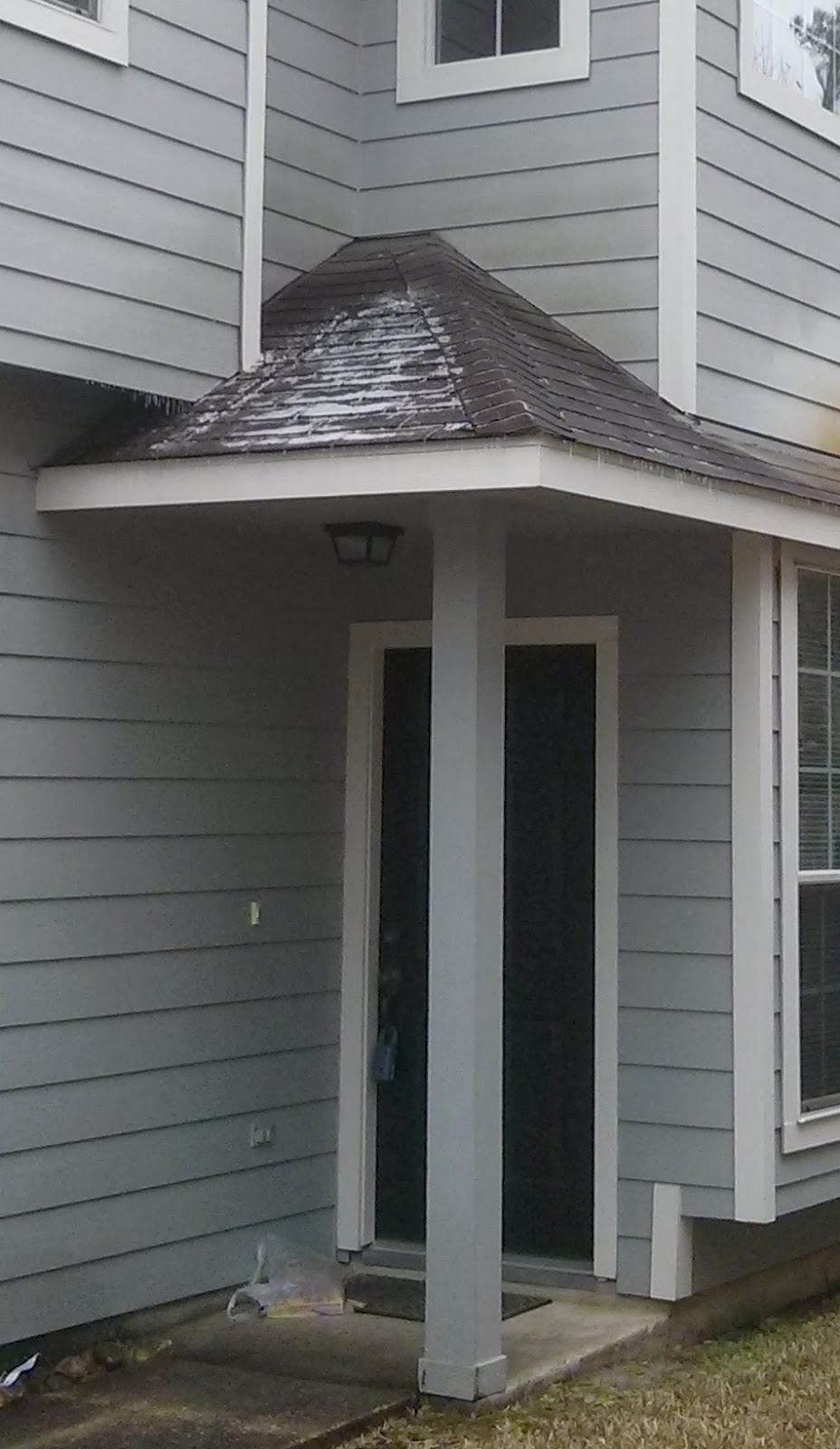 See, the neighbours have a heavy accumulation of snow on the roof. 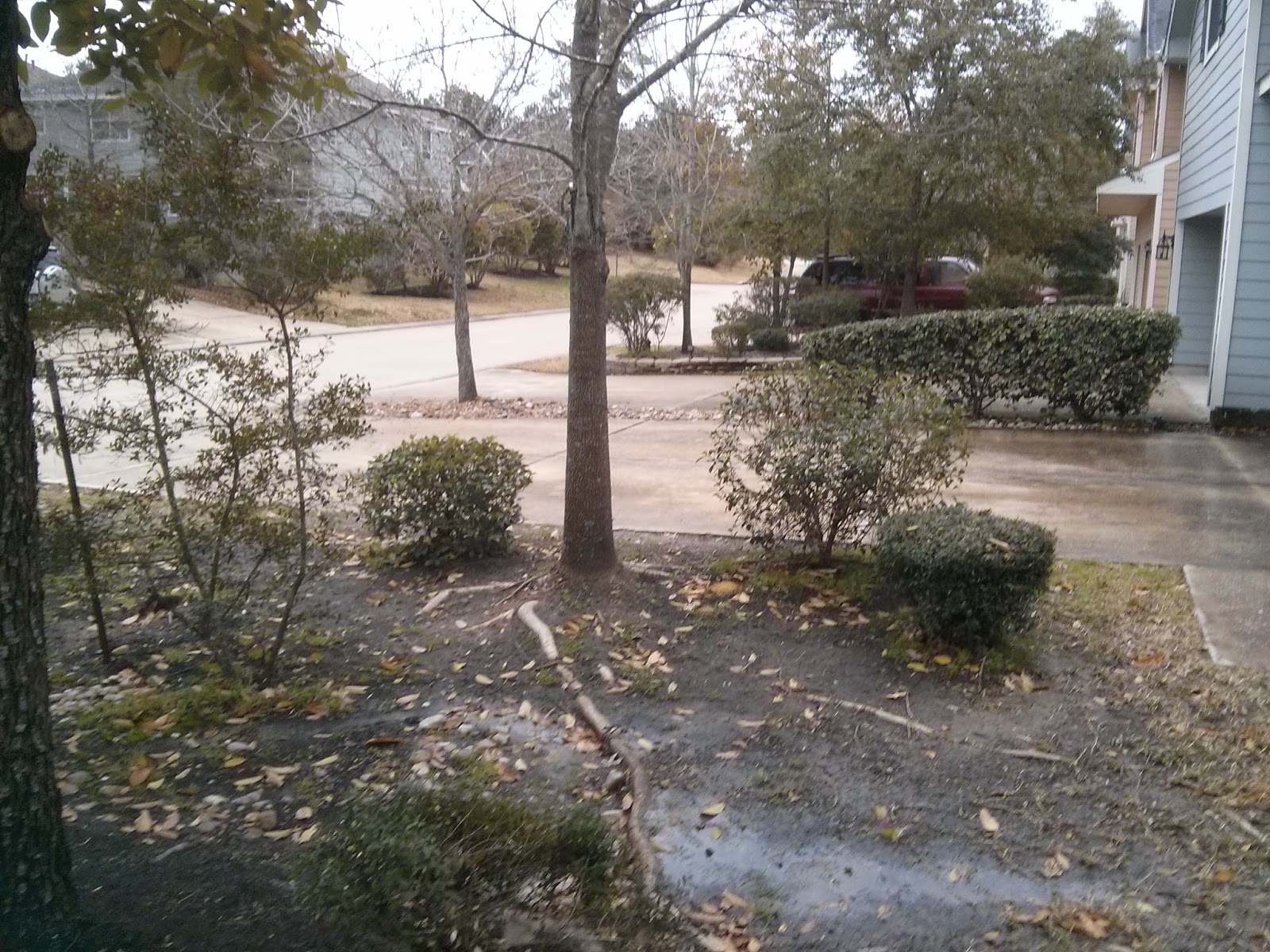 And the roads, ohhhhh fear and terror.....

We'll just have to eat the dog if the relief column doesn't get through.