On Slights and Grudges, With a Complimentary Side-Dish of Bosoms 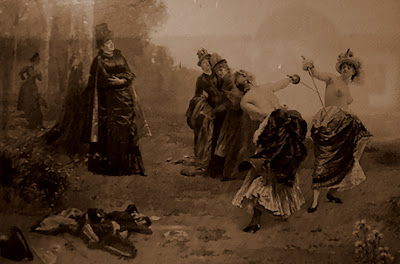 Bear with me.
Look at the bosoms whilst I attempt to sort my discrepant thoughts.
I found this picture a while ago, whilst trying, I think, to identify a painter of something else entirely. I kinda snagged it into a "stuff to think about later" folder. I'm very bad, however at archiving sources, so I've no idea where I found it.
Here we have a group of prosperous aristocratic ladies behaving in a scandalously unladylike manner, going at each other with sharp pointy swords in a forest clearing. And topless to boot.  The Pall Mall Gazette, of August 23rd 1892 carried the story: 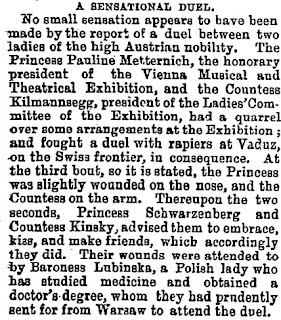 The duel was widely reported, mainly because the story got out that the ladies were bare-breasted. Having had a quarrel, these high-born ladies, whose families comprised a large part of the ruling elite of both Germany and the Austro-Hungarian empire, decided to settle the matter beyond doubt.
The bared bosoms were due to the requirements laid down by Baroness Lubinska, who had treated many battlefield wounds, and had observed that fragments of clothing carried into a wound, by either musket ball or sword, were often the seat of mortal infection, whereas a clean sword cut was usually survivable
Women's duels were not as rare as you might think. One fought in Hyde Park, London, became known as "The Petticoat Duel", first they shot at each other with pistols, then fell-to with swords because of a heinous insult. -One had dared to question the veracity of the stated age of the other.
Another duel, fought between a frenchwoman and an american was over the respective merits of european vs american doctors. (France won, and the American was treated by a european doctor, subsequently writing a letter of apology).
Women fought over suitors, insults, over wearing similar dresses, almost anything. A duel was fought in Georgia by two women both enamoured of the same young man. He saw one of his sweethearts die, run through the heart, and in accordance with the young women's wishes, married the victor that very same  day. 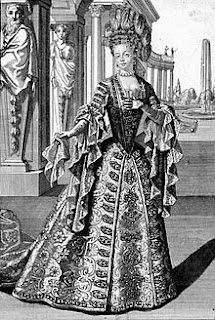 "The ball was given either by King Louis XIV, or his brother the duc d'Orléans. La Maupin attended in a cavalier's dress and played that role to the hilt, but without concealing her own identity or sex, it would seem. She centered her attentions on one beautiful young lady, whose time she monopolized. They had several dances together, and when the guests' conversation buzzed with speculation about them, La Maupin suggested a more private tryst and sealed the proposal with a passionate kiss out in the middle of the dance floor.
This was too much for three young gallants, themselves suitors of the young lady. They surrounded the couple on the dance floor, protesting La Maupin's disgraceful behavior.
"At your service, gentlemen." she answered them in the standard formula of the duel, and all four withdrew to the dark gardens without to settle the affair. La Maupin defeated all three at once, though whether she killed or merely disarmed and injured them, I cannot say.
In any event, she returned alone victorious to the ball, only to be confronted by the King. "You are the jade La Maupin?" ask Louis "I have heard of your handiwork! Need I remind you of my decree against duels in Paris?" She denied nothing, for how could she? She was well known and had clearly been the center of everyone's attention. It would seem however that she did present herself to Monsieur who interceded for her.
The next day she awaited word of her fate, but instead of being arrested, she received word that the King, who it seems was again amused by her panache, was speculating that his law governed only men, and that she was free to duel at will. His hesitation gave her time to flee to Brussels until the crisis had passed."


Why am I musing on this stuff?  Well, recent events, really.
Not duelling events, but women and spurious grudges.  We men are too thick-skinned to have any idea of why a woman might seethe with resentment. Truly, we have no idea. And a short while ago, a female blogger, who I will not name nor provide any specific clues toward, seems to have become angry with me and feels that I had insulted her or harmed her in some way. I had then, and still have now, no idea what I was supposed to have done.
Another female blogger went to have a look to see if she could figure out what I was supposed to have done. First blogger seemed to think that this constituted stalking. It wasn't, and all I can infer from all this is that first blogger is somewhat needlessly paranoid.
The lady who visited her blog was all ready to draw her rapier in order to avenge the slight to my good name. I have persuaded her that it is not necessary.
If a duel was to occur...... 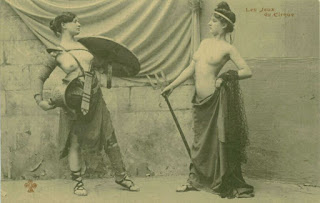 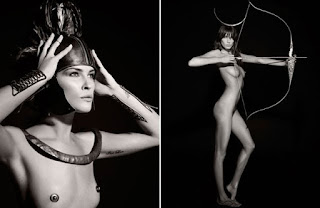 Sorry. I'm not a real grown-up yet.

Posted by soubriquet at 9:23 am